Menu
Search
Broadcast journalist Gus Abelgas will investigate the death of gay beauty queen and dermatologist Russell Fritz Saliganan, who was allegedly killed in a crime of passion by his former lover. 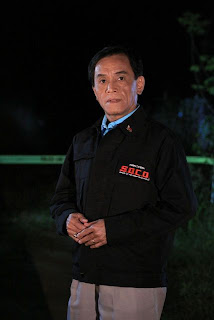 In Saturday’s (May 25) episode of “SOCO,” Gus will look into the scenes that led to the killing of Russell, who was known as intelligent and attractive that he won a lot of beauty pageants when he was alive.

Last January, Russell’s body was found in his apartment in Cubao, Quezon City with 51 stab wounds.

Police investigation has revealed that the main suspect is Russell’s former boyfriend John Patrick Torres, who was allegedly devastated and refused to accept that the victim broke up with him.

Watch “SOCO: Scene of the Crime Operatives” on Saturday (May 25) after “Showbiz Inside Report” on ABS-CBN.

For updates on the program, like www.facebook.com/Abs-Cbn-SOCO. To watch the last three episodes of “SOCO,” visit www.abs-cbnnews.com/soco.