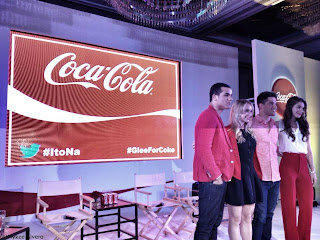 The four “Glee” stars will help to introduce the new beverage by opening ‘mystery crates.” Mystery crates containing the new Coca-cola drinks have been placed in various locations in Metro Manila. They will be unveiled at exactly 2:00pm this Saturday. They will be joined by Coca-Cola Happiness ambassadors Enchong Dee, Kathryn Bernardo, Julia Montes and Joseph Marco.

Which among the four cast members are you most excited to see in person?