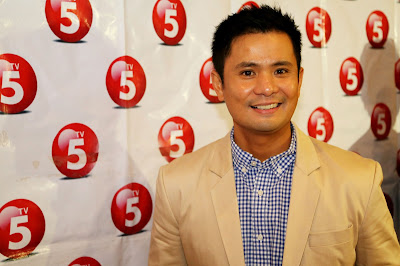 One of the country’s top singer-comedians is now officially a Kapatid.

Ogie Alcasid opened a new chapter in his career by joining TV5, and signing a three-year talent contract last August 6, with Alcasid being exclusive to television as on-camera performer and composer.  Alcasid will also head TV5’s Music Business Unit.

Due to this major career move, the singer-comedian posted in his Twitter account (@ogiealcasid) the following last August 3, being gracious to his fans, and asking for their continued support: “I am honoured, humbled, and truly appreciative of all of you and your comments.  In a few days, I will be opening a new chapter in my career.  Your support and prayers will really help me my friends. Salamat sa inyo and God bless you all always.”