The DPWH, led by Sec. Rogelio Singson, donated a total of P13.69 million for the infrastructure development of the 430-meter creek that used to choke on garbage 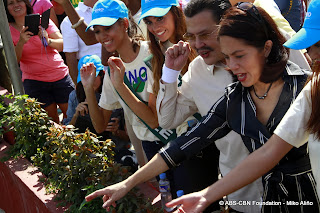 In his speech, Estrada stressed that massive flooding in Manila is mainly caused by indiscriminate waste disposal. He thanked and praised ABS-CBN Foundation and its partners for its continuous effort to clean the esteros in Manila that has resulted in the decrease of flooding, healthier lifestyle of residents, and lower crime rate.

“The ABS-CBN Foundation, headed by Gina Lopez, is my partner in bringing back Manila’s glory. I expect your continuous support by joining me in cleaning the Manila Bay after we’ve cleaned the esteros,” he said.
Lopez did not disappoint Estrada as she revealed that aside from the goal of reviving the Pasig River, KBPIP and PRRC also eyes to clean the Manila Bay soon. 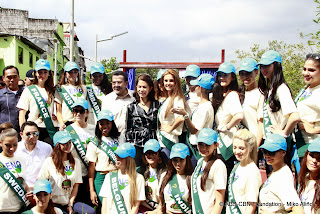 “We are on a roll in terms of cleaning our waterways. We started in Estero de Paco. Now we have finished Estero de Santibañez, and are currently cleaning 16 esteros. We are also going to start with Pasig River and Manila Bay,” she said.

The rehabilitation includes dredging of silt and accumulated waste at the riverbed, the relocation of families living along the three-meter easement of the estero, the development of the easement as a linear park, the building floating edge for bioremediation, the installation of solar lights, and the River Warrior training of 14 community volunteers tasked to safeguard the waterway.

On the other hand, residents living near Estero de Santibañez were happy in the results of the rehabilitation.
“Before, it was filled with garbage, water lily and shanties. People don’t stay there because the water is smelly and stinky. But now, they enjoy walking along the linear park every morning and they loiter at it every afternoon,” River Warrior Angelita Imperio said.

KBPIP and PRRC aims to retrieve the beauty of the historic Pasig River by rehabilitating Metro Manila’s waterways and focusing on the esteros or creeks first. As of now, they have begun rehabilitation of a total of 16 esteros in Manila and Quezon City.