Trillianes is regarded as a very vocal critic of President Rodrigo Duterte, and the former lawmaker recently tweeted about Duterte lashing out at critics of the government’s actions on COVID-19.

This tweet caught the attention of Contis. In his Instagram story, Contis posted a screenshot of Trillianes’s tweet and captioned it with, “Isa pa tong bastos at walang silbi na to eh..” 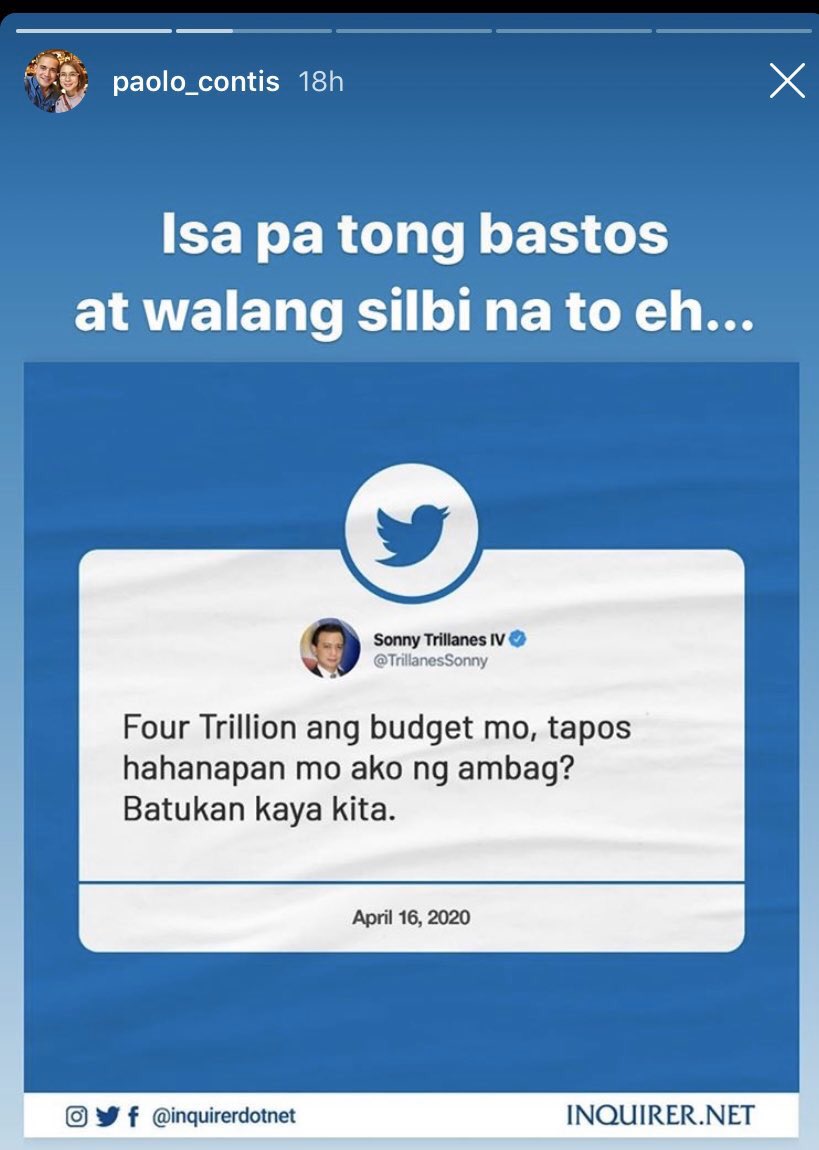 Trillanes had reacted to Duterte’s latest speech where the latter told off critics of the government’s actions on the COVID-19 crisis by asking what they’ve contributed to helping the country.

“Kapag sinabi ninyo ako wala, okay wala. Eh kayo? What have you done for the country except to talk and criticize and talk?” he said,

Netizens, on the other hand, went after Contis since his own idol is infamously known for being “bastos”.

Wow! Big word from you @paolo_contis! Isa ka din sa TABOGO na blind follower. You do research about @TrillanesSonny and he can slap your face with his achievements as a Senator. Ikaw ang walang silbing artista. My middle finger goes to you! pic.twitter.com/yGzku2j7ju

We should make a list of all artistas who are DDS. No watching their shows, no buying of products they endorse, no visiting of establishments they own and/or patronize.