ABS-CBN solidifies its digital transformation with another milestone as ABS-CBN News reaches 10 million subscribers on YouTube. 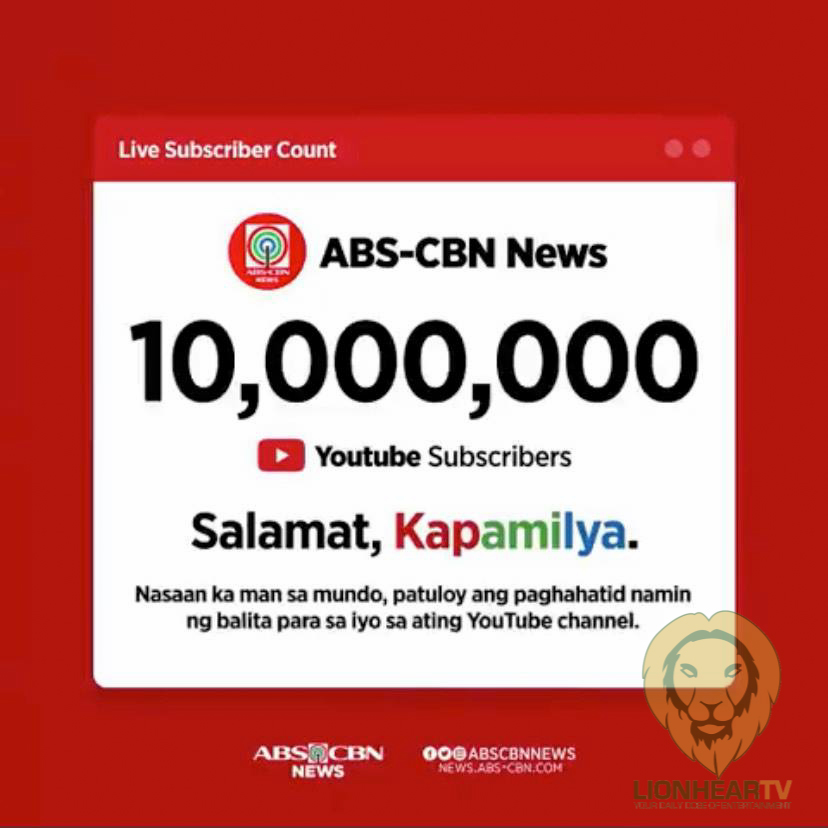 Now on its tenth year on the video-sharing platform, ABS-CBN News continues to be the most subscribed Filipino news channel, serving viewers worldwide with livestreaming of top news programs such as “TV Patrol” and “The World Tonight,” select shows of TeleRadyo and ABS-CBN Current Affairs, and exclusive explainer videos and profiles from its digital brand NXT.

With six billion lifetime views, ABS-CBN News also ranks number five in terms of YouTube views from Philippine-based viewers as of August 4, according to the analytics firm Social Blade.

Despite the shutdown of ABS-CBN’s broadcast operations and the non-renewal of its franchise, ABS-CBN News remains committed to be in the service of the Filipino. Aside from YouTube, “TV Patrol” and “The World Tonight” can also be viewed online on the ABS-CBN News Facebook page and iWant, and on cable on ANC, TeleRadyo, and Kapamilya Channel.