The hashtag #BOYCOTTBUBBLEGANG became a trending topic on Twitter on August 4 after the gag show did a parody on DJ Loonyo.

Bubble Gang is a Philippine television sketch comedy show broadcasted by the GMA Network. It is the longest-running gag show which has been entertaining its viewers for more than 20 years. The show is known for creating parodies of various popular personalities in the Philippines and abroad. 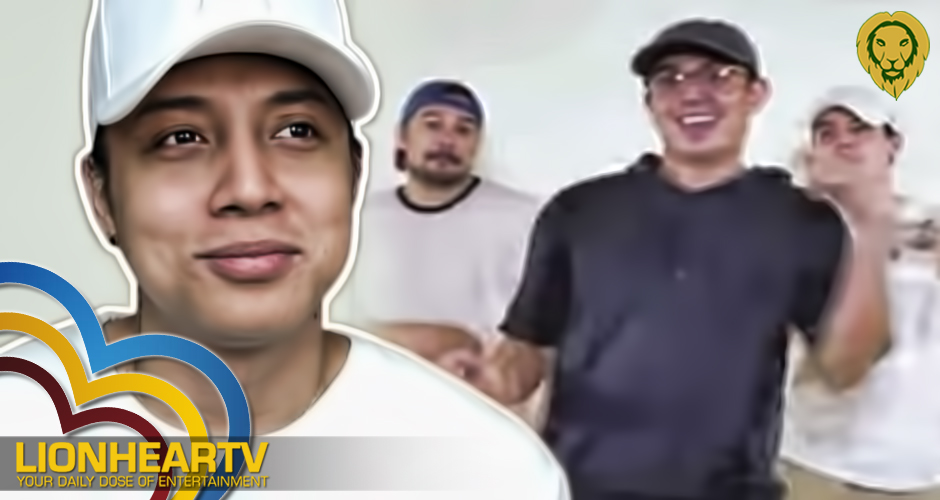 Bubble Gang made a DJ Loonyo spoof and his fans were apparently offended and made the hashtag. The parody did not sit well with the fans of online personality DJ Loonyo, who is also known as a popular TikToker. The show imitated the moves of the dancer/choreographer when he does his TikTok videos and the show used the name DJ Uloolnyo.

While the hashtag #BOYCOTTBUBBLEGANG trended because DJ Loonyo’s fans were butthurt, most of the tweets are coming from netizens who are defending the gag show.

Netizens mentioned that the Kapuso show has been doing parodies for several years but no fandom got angry. They said that the show was just bringing some entertainment to the public and didn’t have the intention of offending DJ Loonyo.

Some netizens thought that the hashtag trended because of some controversial political issues that the show aired. They were disappointed to find out that it was just Loonyo’s butthurt fans.

So #BOYCOTTBUBBLEGANG trended because of DJ Loonyo's fans 'cried out' for insulting him? I even want to thank them for this parody🤣 serves him right and his shtty trait

#BOYCOTTBUBBLEGANG? They've been doing those spoofs and parodies since God knows when. If your DJ Loonyo just stopped the moment his mass testing comment fiasco happened then maybe, just maybe, he wouldn't be a laughing stock today.

anong #BOYCOTTBUBBLEGANG this is a skit, it actually made me laugh a bit. 2020 and there‘s sensitive people everywhereeepic.twitter.com/TBTiBmmUXi

Its weird for this trend
There are so many artists that has been spoof on this show, but they did not complain…
Fans should not have the right to complain, i think its overboard, because show has disclaimer also
What can you say @DJLOONYO2 ?
Why 👇 #BOYCOTTBUBBLEGANG

In the skit, Bubble Gang mentioned the word ‘smartable’ which is a word that DJ Loonyo said earlier in his video about love and positivity on the micro-blogging site, Twitter.

Loonyo was bashed by the netizens over his aim to spread his so-called words of wisdom saying that there was no such thing as the word ‘smartable’.

In the video, Loonyo said that: “Guys, not eating for 1 day or 2 days or something, right, so maybe God is just pushing you to do more, right. Cause all the blessings all the resources are in front of you already.”

The video which was supposed to spread positivity and love gained the crticism of netizens.

It can be recalled that the Tiktok star also made headlines following his controversial remark about COVID-19 mass testing in the country.

His statement via a live interview was not commended by the netizens with some criticizing his “knowledge” about mass testing.

During a live stream held by local hip-hop artist Mr. Mainit-Kenjhons, Loonyo shared his stance on mass testing, which he initially claimed as a “trial and error” method of vaccination, as opposed to conducting tests to determine if people have contracted the novel coronavirus or not.

He received flak over the said statement on COVID-19 mass testing, a term he admitted to having used incorrectly.

He released a statement, where he apologized “for the wrong use of terminology in that particular instance.”

“I was actually referring to ‘CLINICAL TRIALS’. I understand that the use of terminology is critical, so I apologize for any confusion caused,” he said.

He then encouraged both supporters and bashers to watch the whole live stream for them to understand that they were talking about pharmaceutical companies and the “business over integrity” scheme.

He was featured in a Magpakailanman episode which also caught the attention of the online community for “his side of the story” and airing the side of his ex-partner Aika Flores.

Aika, who was the mother of his child who passed away, expressed her ire against the online sensation for altering some parts of the story.

On Facebook, Aika revealed their ‘real’ story, which was allegedly reversed by DJ Loonyo.

She said that they separated because Loonyo cheated on her. The influencer seemed to have ‘side chicks’ while they were in a relationship contrary to what Loonyo made it look like where they broke up because of her extreme jealousy and being unsupportive of his career.

Flores said that Lonnyo called her and suggested aborting their child but she refused.

She also denied that she hid their child from Loonyo and noted that he never reached out to them. In 2017, their child died and that is the first and last time that Loonyo saw his son.

Meanwhile, the team of DJ Loonyo apologized on his behalf to all parties that were offended by the retelling of his life story as they did not intend to do so, most of all, on the part of his deceased son.

He became one of the most controversial personalities on social media after Ivana Alawi’s boyfriend prank vlog spread like a wildfire online. The video garnered various reactions from the online community.

He is best known for being the leader of a group named “Rock well”, which is very active in the entertainment industry. He is also posting entertaining videos such as dance challenges, clips about his personal lifestyle, family, and friends. He has over 1.2 million followers on Facebook and more than 291,000 followers on Instagram.