Veteran actress and current Film Academy of the Philippines (FAP) director Vivian Velez has refused to give the second tranche of Leo Martinez’s retirement pay.

Martinez served as the Director-General of the FAP for 16 years before his retirement in October 2016. 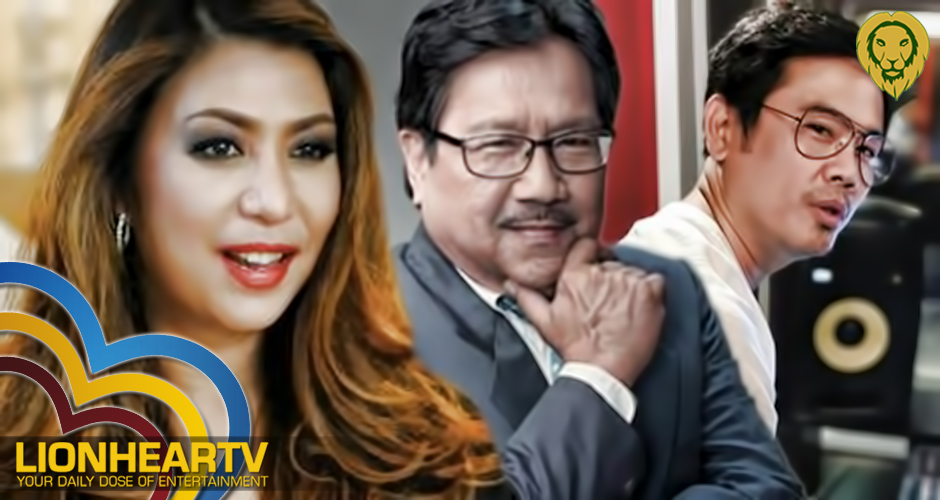 In an article by PEP.ph, it was said that Velez is refusing to release Martinez’s remaining retirement pay amounting to more than 400 thousand pesos.

Vivian is allegedly questioning Martinez’s retirement pay saying there is no legal basis for him to have such amount.

In her letter to the veteran actor, Velez argued that the amount approved in favor of Martinez “satisfies the requirements of [the] law.”

“Its officers are subject to the ethical standards of public officials and any money that goes into its coffers and disbursed are public funds.

“Thus, given the circumstances under which the ‘benefit’ of 1,052,7777.67 Pesos in your favor was approved, it does not appear that this satisfies the requirements of the law,” Velez said in the letter.

The former sexy star also questioned the approving body on Leo’s retirement package saying they are all private individuals from the private sector.

“To be candid, we have not found any sound legal basis for the benefit you seek which you have partially received already.

“In view of the foregoing, I am constrained to deny your request.

“However, I do welcome your providing the basis for the benefit that you seek.

“In the alternative, I am also willing to formally query the State Auditor, the Civil Service Commission and/or the Office of the Solicitor General on this particular issue so that a proper opinion may be rendered,” Velez added.

Martinez, on the other hand, has already sought the help of Malacanang on the issue.

According to the article, Leo wrote a letter to Exec. Sec. Salvador Medialdea relaying Velez’s refusal to release the second tranche of his retirement pay.

Martinez argued that he’s entitled to that retirement pay because he worked with FAP for 16 years and since he has no current source of income because of the pandemic, the remaining retirement pay will help them in their needs.

“I have had no work since the lockdown in March and have not received any income since then.

“As our resources are almost wiped out, this payment due to me can definitely help pay our household bills and other essential needs like our maintenance and other medicine, plus doctor appointments.

“I am a senior citizen thus I have not left my home since March.”

“I have served the Film Academy of the Philippines (FAP) for 16 years and all records will show how much our office was able to bring in millions since I sat in [the] office.

Leo’s lawyers also defended the board that approved the veteran actor’s retirement pay saying their “qualifications cannot be questioned”.

“Please note that the members of the board are all ex oficio members, that is, they became members of the FAP board by reason of the positions they were holding at the time.

Bondoc, who’s known to be one of the most ardent supporters of Duterte, justified Velez’s actions saying politics cannot be separated from it.

He said although Vivian might be wrong in holding Martinez’s retirement pay, she might be just reacting from provocation from the other side of the political spectrum.

Bondoc blamed politics in a clear procedural and legal matter.

While her appointment was not supported by the elite heads of the twelve Guilds composed of film directors, actors, screenwriters, cinematographers, musicians, designers, and other workers like production managers, assistant directors, and producers according to a report by Manila Times, her main qualification for the position was her diehard stance for Duterte.