Ariadna made the revelation after her previous statement about seeing Pia as a ‘ghost’ and ‘not a competition’ trended on social media in which she claimed that misunderstood her. 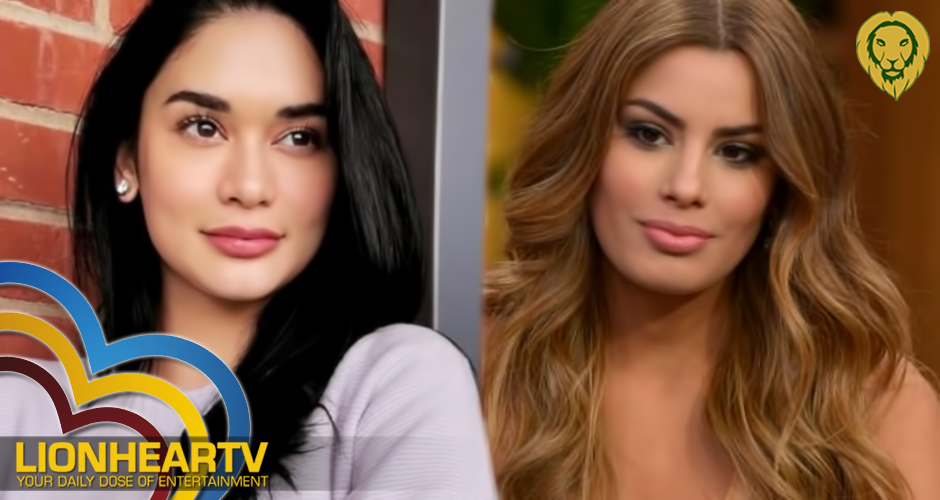 In her interview with ‘Famous Ka’, the 2015 Miss Universe first runner-up mentioned that people misunderstood her statement as she claimed that her true message became lost in the translation.

“People misunderstand all of the interviews because they are in Spanish and you know it’s not the same to listen to an interview in Spanish than the way we talk in Colombia we have this slang we have different sayings,” said Ariadna.

She explained that what she was only trying to say was that she never really had the opportunity to communicate with Pia. She also said that she doesn’t mind the negative comments that people say to her because she receives more love and sweet messages from other people.

“What I said mostly is that during the pageant I never saw Pia I never communicated with her. I saw her a couple of times during the Pageant and that’s what I said, people misunderstand things and I’m glad that you’re asking me because I don’t take it personally when people come up to me and bash me and say horrible things to me,” she said.

“I’ve been getting sweet messages of pure love from the Philippines and I have Filipino friends who lived here in the United States and they are so sweet to me and very respectful,” she added.

At the end of her interview, Ariadna noted that she is looking forward to meeting Pia Wurtzbach and talk about the latter’s life experiences. She said that she wants to clear the air between them and assured that she doesn’t hold any grudges towards the crowned 2015 Miss Universe.

She also said that she can empathize with Pia because both of them were just a victim of the tragedy in the 2015 Miss Universe where the announcement of the winner of the beauty pageant was wrong. The host, Steve Harvey, accidentally announced Ariadna as the winner then later revealed that Pia was supposed to be the winner.

“I hope to meet you very, very soon and like talk about everything that happened from your point of view to everything you’ve experienced because whatever I say and every time I have an interview people think I hate her or I hate Steve Harvey or whatever. I don’t hate Pia and we were both victims of what happened so every time I think of what happened to me I always think about her and I put myself in her shoes like every time she has to go through during that year I also have to go through so Pia I hope to meet you very, very soon,” said Ariadna.

Previously, Ariadna Gutierrez’s relationship with Pia Wurtzbach became a controversial issue after the Columbian beauty queen talked about Pia saying that she didn’t notice her in the competition because Pia was like a ghost and that she never considered her as a competition during her Zoom interview on October 3.

Although Ariadna has already explained her statement at the time, netizens, including Miss Bulgaria Radostina Todorova, still criticized her for it.

Radostina posted on her Instagram account saying that a true beauty queen is a person who is beautiful inside and out.

It’s not the crown, it’s your heart!