Rising up from all the tragedies that practically crippled the network this year, ABS-CBN has all the sentimental motivations to be very emotional with its newest Christmas Station ID.

With ‘Ikaw Ang Liwanag at Ligaya’ however, the Kapamilya Network shows its gratitude to its loyal viewers, and to lift up all it went through this 2020 to ‘Bro. 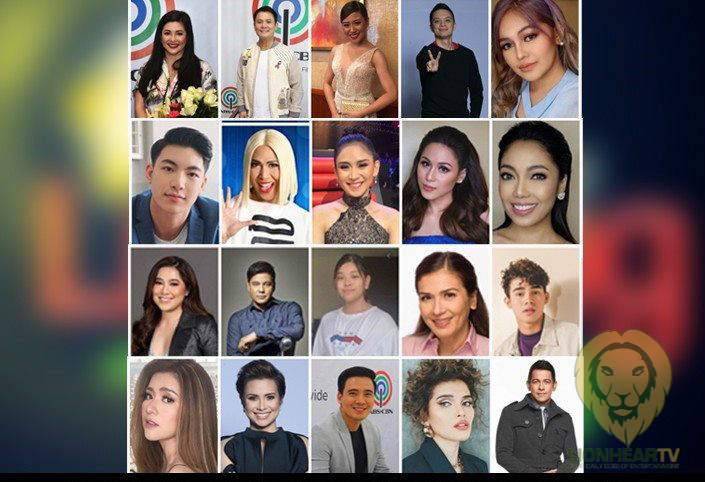 The vibe it imparts feels mostly heartwarming and its upbeat melody danceable, but the story embedded in the conception of the song itself creates a haunting tug at the heartstrings of every Kapamilya who followed the trail that led to the media giant’s shutdown on July 10, 2020.

Like its predecessors, ‘Ikaw ang Liwanag at Ligaya’ talks about the miracle of Christmas and its undying magic that unites every Filipino to survive all tragedies together. It underscores our collective strength as we face together the challenges we confront as a nation, while highlighting the timeless Filipino resilience which allows us to weather the storms.

Lending their powerful voices to the song are Kapamilya station ID staples Gary Valenciano, Martin Nievera, Zsa Zsa Padilla, Ogie Alcasid, Regine Velasquez-Alcasid, Sarah Geronimo, Bamboo, and Lea Salonga, joined by Kapamilya singers Erik Santos, Angeline Quinto, Janine Berdin, Jona, Morissette, KZ Tandingan, Elha Nympha, Toni Gonzaga, Inigo Pascual, and Darren Espanto to breathe life to the words penned by Robert Labayen and music composed by long-time Kapamilya CSID composer Thyro Alfaro. The inspiring lyrics of ‘Ikaw Ang Liwanag at Ligaya are a tribute to every Kapamilya survivor who continues to persist amid the challenges that unfortunate circumstances like the ABS-CBN shutdown and the pandemic present. It highlights the light and joy the Omnipotent Creator gifts to everyone, suggesting that everyone can be each other’s light and joy too, especially at times when surviving isn’t as easy as one can aspire.

Lovely in its being inclusive, Ikaw ang Liwanag at Ligaya features both local and international languages with its lyrics, paying homage to the native Filipino and the Filipino diaspora across the globe. It sounds a call for unity, and mutual understanding, as almost every Filipino shares the same goal of carrying on amidst the limitations brought by the pandemic. Frontliners are given special highlight and their massive contribution in saving lives and to our collective effort to move forward and come out victorious from this ordeal, is provided with proper recognition, making this edition of the annual Kapamilya Christmas station ID, a heartfelt gesture of gratefulness and admiration.

Through ‘Ikaw Ang Liwanag at Ligaya’, ABS-CBN assembles its roster of stars and faithful employees as it aspires to carry out its lifelong mission to be in the service of the Filipino, worldwide. The CSID pays tribute to all its workers in their continuing effort to help ABS-CBN weather its biggest tribulation yet, and to ensure that vital Kapamilya services remain active, amidst lack of resources and channels for distribution.

Like last year’s CSID, ‘Ikaw Ang Liwanag at Ligaya’ asserts ABS-CBN’s commitment to be the light to many Filipinos, with new and fresh content that will satisfy every Filipino home’s hunger for worthwhile entertainment. This mission is especially highlighted through iWantTFC, and its continuously expanding library to provide its users quality entertainment. What’s left with ABS-CBN News is given spotlight, bringing in the efforts of its reduced workforce to still meet the public’s need of a reliable news and information source.

Stars from current programs also took part, with some of them sharing moving messages of hope for those who lost their jobs during the pandemic and those who strive to serve, even amidst the restrictions imposed by government-set health and safety measures.

Following its tradition, Filipinos across the world are also recognized in this year’s Christmas Station ID. Employees from the company’s many departments, including the remaining Regional Network Group (RNG) workforce, the MOR (My Only Radio) and Teleradyo families, as well as volunteers for the company’s relief efforts.

As always, there are some surprises that shocked netizens. Among this year’s biggest shockers is the appearance of Bea Alonzo, which further affirms her being a Kapamilya, after she left Star Magic.

One of Kapamilya Station IDs’ trademarks are testimonials from Kapamilyas across the world. This year, the focus is shifted to front liners, with powerful testaments of the heroism they showed during the pandemic. Ikaw Ang Liwanag at Ligaya underscores their contribution in making lives better, and being the light in these times when most of us are in the dark.

While this year’s Christmas Station ID leaves a hopeful impression about the future of ABS-CBN, one can’t probably escape the ache brought by the horrifying impact of the pandemic, including the loss of jobs and livelihood, that affected many Filipinos this year. Ikaw Ang Liwanag at Ligaya imparts a bittersweet reminder of our undying resilience, compassion, sense of charity, and our inherent drive to rise up after every fall. And given the glaring misfortunes it faced throughout the year, it is amazing that ABS-CBN still has the energy to remind us that hope is all we need, and that we can be each other’s light and joy, in these darkest times.

ABS-CBN Christmas Station ID has always been a hopeful expression of our undying spirit, this year, it’s a prayer, a testament, an encouragement, a compliment, a gesture of respect, a love letter to every Filipino who, one way or another, inspired another person through love and dedication. The year to come looks promising from this point of the year because of this beautiful reminders.