Singing talent searches, like their artista search contemporaries, have been proven and tested potent launchpads for future superstars in the local setting. The amount of talent discovered and their subsequent popularity can not be overstated as many of our biggest singing acts today emerged from various reality singing competitions on local television. 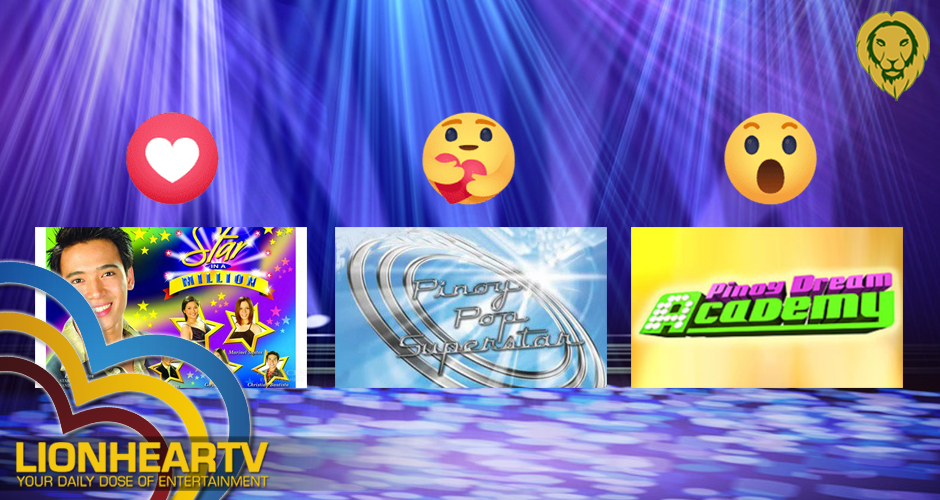 Nora Aunor, Regine Velasquez, Sarah Geronimo, KZ Tandingan, Morissette Amon, Yeng Constantino…I could go on, but I’m afraid this article won’t be able to accommodate every name. Of three previous singing competition shows—Star in A Million, Pinoy Dream Academy, and Pinoy Pop Superstar, which one would prove to be the one that produced the most successful stars?

Pinoy Dream Academy is the Filipino version of Operacion Triunfo, created by the same producers who conceived Big Brother—hence the similarity in their format. It wasn’t as successful as other hit international shows such as Idol and X-Factor, but it found much greater fame in the Philippines. The grand champion of its 1st season, Yeng Constantino is inarguably its most successful alumni and who still remains among the most important and biggest-selling artists in the Philippines. Yeng has been credited for many massive hits such as “Salamat,” “Hawak Kamay,” “Chinito,” and “Ikaw.”

Other PDA alumni who either enjoyed or still enjoying success, include Jay-R Siaboc, Laarni Lozada, Ronnie Liang, and Bugoy Drilon. The show lasted for only two seasons.

Pinoy Pop Superstar is widely regarded as GMA’s most successful original-format talent show. Hosted by Asia’s Songbird, Regine Velasquez, the singing competition was among the first television contests to adopt its format where a weekly winner challenges the defending champion. The show produced an impressive roster of stars, many of whom are still active in the industry.

Among its most successful alumni are Jona (Jonalyn Viray), Aicelle Santos, Maricris Garcia, Bryan Termulo, and Gerald Santos. Ronnie Liang and Mark Anthony Garcia were both finalists of the show but found better success when they joined Pinoy Dream Academy and Tawag ng Tanghalan, respectively. The show lasted for three seasons.

Star in A Million

Star in A Million was originally a segment of the Sunday musical variety noontime show, ASAP, before it became a separate, full-fledged talent show. It follows almost the same format as Pinoy Pop Superstar, but maintained a fixed number of finalists. Its first season is inarguably its most successful season, producing the likes of Erik Santos, Christian Bautista, and Sheryn Regis, who each went on to achieve superstar status in the music industry.