Celebrities and ABS-CBN took part in organizing a community pantry in their locality despite the existing risk of red-tagging. 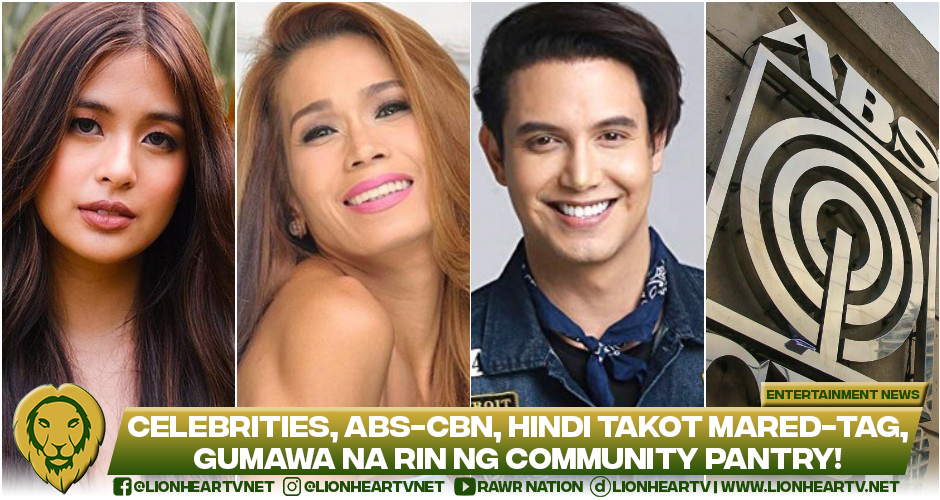 As many people suffer due to the pandemic, the idea of community pantry became prominent recently. In this concept, a pantry is open to all members of the community. They can take as much as they need and give as much as they can.

To help people in need–even celebrities joined the community pantry and donated goods to the public’s pantry.

Together Paolo Ballesteros and Pokwang announced that they already organized a community pantry in their barangay in Antipolo.

She even quipped about calling it ‘Pantry Sisters,’ similar to the title of Ballesteros’s 2019 film (The Panti Sisters).

Actress-Philanthropist Angel Locsin decided to celebrate her 36th birthday by setting up a community pantry in Quezon City.

She assured that all volunteers have been tested and advised people to follow basic protocols.

Kapuso actress Gabbi Garcia also shared the community pantry where she is involved.

She believes that it is a way to show that there is always a way to extend help to those who need help.

ABS-CBN Lingkod Kapamilya, the community extension leg of the Kapamilya network, also set up their pantry in Quezon City.

LOOK: ABS-CBN Lingkod Kapamilya on Thursday set up its own community pantry in Quezon City.

Community pantries have sprouted across the country after Ana Patricia Non pioneered the project in Maginhawa Street to help the needy amid the pandemic | via Michael Bagtas, ABS-CBN News pic.twitter.com/EbgxwP1bhL

All of these celebrities took the risk of organizing a community pantry amid the possibility of being red-tagged.

The community pantry became controversial when National Task Force to End Local Communist Armed Conflict (NTF-ELCAC) spokesperson Lieutenant General Antonio Parlade Jr. confirmed that they will conduct an investigation on donors and organizers of the community pantries. They profiled that some of them have suspicious backgrounds.

Non also admitted that the PNP has been asking too personal questions. She believes that they should investigate the pantry, not her.