On Friday, April 9, the Armed Forces of the Philippines (AFP) reminded the media to “exercise prudence” when covering events in the West Philippine Sea (WPS), claiming to be “concerned” for everyone’s safety. 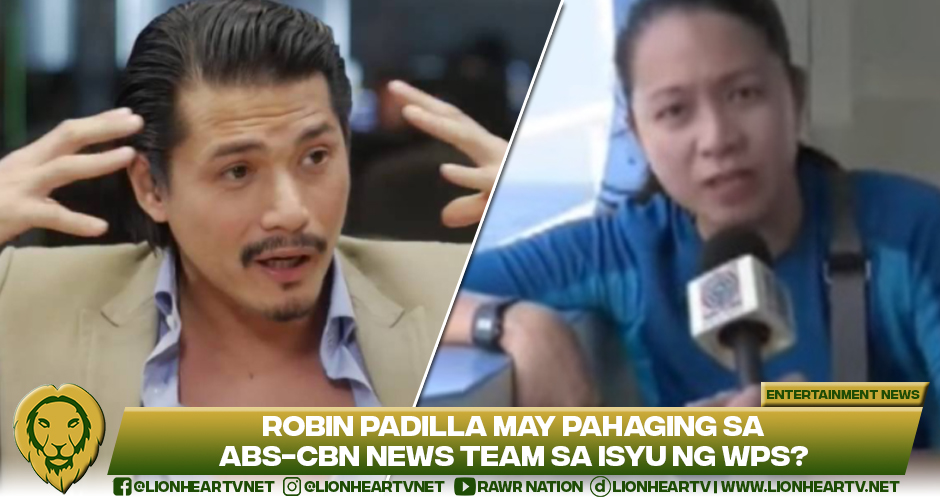 The military’s statement came a day after two Chinese missile craft chased down a Filipino civilian vessel onboard ABS-CBN reporter Chiara Zambrano and her crew.

“While we understand the journalists’ insatiable desire to be ahead in reporting, we appeal to them to exercise prejudice in the course of their job,” AFP Spokesperson Major General Edgard Arevalo said in a statement.

While the military expressed concern over the chasing incident in the West Philippine Sea, Arevalo noted that the AFP has been “forthright and transparent” about the situation in the country’s exclusive economic zone. He even pointed out that they have “accommodated” members of the media via its air and water assets “so they can be protected while in the practice of their profession.”

Arevalo’s remarks drew criticism from Filipinos on social media and various groups, but not from actor Robin Padilla, who seemed to have reprimanded the ABS-CBN News team.

Padilla, who was appointed as the Philippine Army Communications Panel Chief in July 2020, posted the military official’s statement on his Instagram page, along with his thoughts on the incident in the Philippine waters.

The actor advised against getting involved in the standoff, claiming that it is not a case of “local dirty politics” fighting over words.

Padilla asserted that if one can’t contain oneself from doing something brave, one should “never be a victim better wish for martyrdom.”

He also questioned what kind of example our Filipinos are setting for the Chinese, citing the incident in which the team entered the Philippine waters and then ran away like a kid, according to the actor.

He went on to say that the AFP is ready to accompany them to avoid such events and that “military intervention is the last thing we need.”

Padilla added that we should not put the United States in a precarious position as the South China Sea’s situation is beyond everyone’s political and military capacities.

The incident, according to the actor, is comparable to the Cuban Missile Crisis, in which occurred during the U.S. presidency of John F. Kennedy, but in a different setting.

Despite Arevalo’s ‘insatiable desire’ statement, ABS-CBN correspondent Chiara Zambrano on April 14, received a plaque of recognition for her bravery in covering developments in the West Philippine Sea.

The Armed Forces of the Philippines (AFP), through its Chief of Staff General Cirilito E. Sobejana, recognized the journalistic efforts of Zambrano. Sobejana also said that the country’s military acknowledges journalism’s role in raising public awareness of issues.

Zambrano and her crew, on April 8, attempted to go to the Ayungin Shoal in the West Philippine Sea to gather information from Filipino fishers about the reports of hundreds of Chinese vessels in the turmoil-filled waters.

The harassment of Zambrano’s team by Chinese ships is one of the latest aggressions against Filipinos within the Philippines’ own EEZ. Chinese vessels routinely drive away Filipino fishers from the fishing ground and poach claims in Philippine territory.