Kapamilya star Vice Ganda made a funny story that Kris Aquino auditioned for the role of Darna back then. 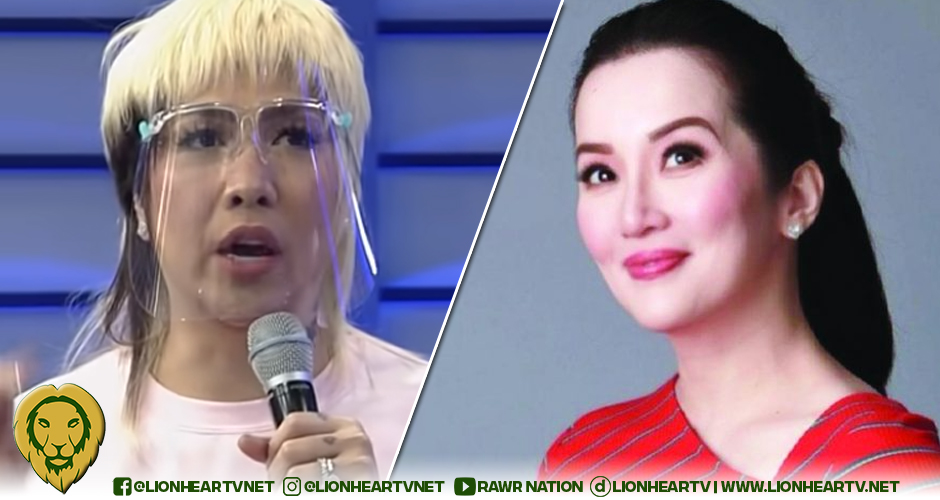 In It’s Showtime episode, which premiered on YouTube on May 19, Vice Ganda and his fellow host Vhong Navarro talked about their favorite superheroes.

The comedian mentioned that Angel Locsin’s Darna is the most famous superhero in the country.

Darna is a fictional Filipino comics superheroine, created by Mars Ravelo. The character and her adventures were adapted and portrayed in both films and TV series.

The 45-year-old comedian-host said that Kris Aquino auditioned for the role but failed to clinch the part.

He mimicked Kris Aquino’s manner of talking and called upon Bim and swallow the ‘agimat’ (a pebble-like amulet), then shout ‘Darla’ rather than ‘Darna’.

Darla is known for being the sidekick of Kris Aquino in her now-defunct daily morning show, Kris TV. While Bim is Aquino’s youngest son.

Vice Ganda’s joke made the other hosts of the noontime show burst with laughter.

Vice Ganda and Kris Aquino are known to be close friends. They even called each other “asawa ko.” They previously starred in the blockbuster hit Sisterakas (2012) along with Ai-Ai Delas Alas.

Meanwhile, actress Jane de Leon is set to be the next successor of Darna. Her movie-turned-series had its highs-and-lows throughout its process as its premiere got moved many times.

Despite the struggles of the series, fans eagerly wait for De Leon to breathe life and don on the sexy costume of the latest version of Darna via A2Z Channel 11.