June 2021 – The “7,000 Islands” art portfolio, printed by the famed Rome-based Bulla printing studio in limited 25 numbered copies, with the participation of Italian modern artists, is initiated by Italian Ambassador Giorgio Guglielmino to cap his four-year stint in the country and pay homage to its remarkable culture and resilience. 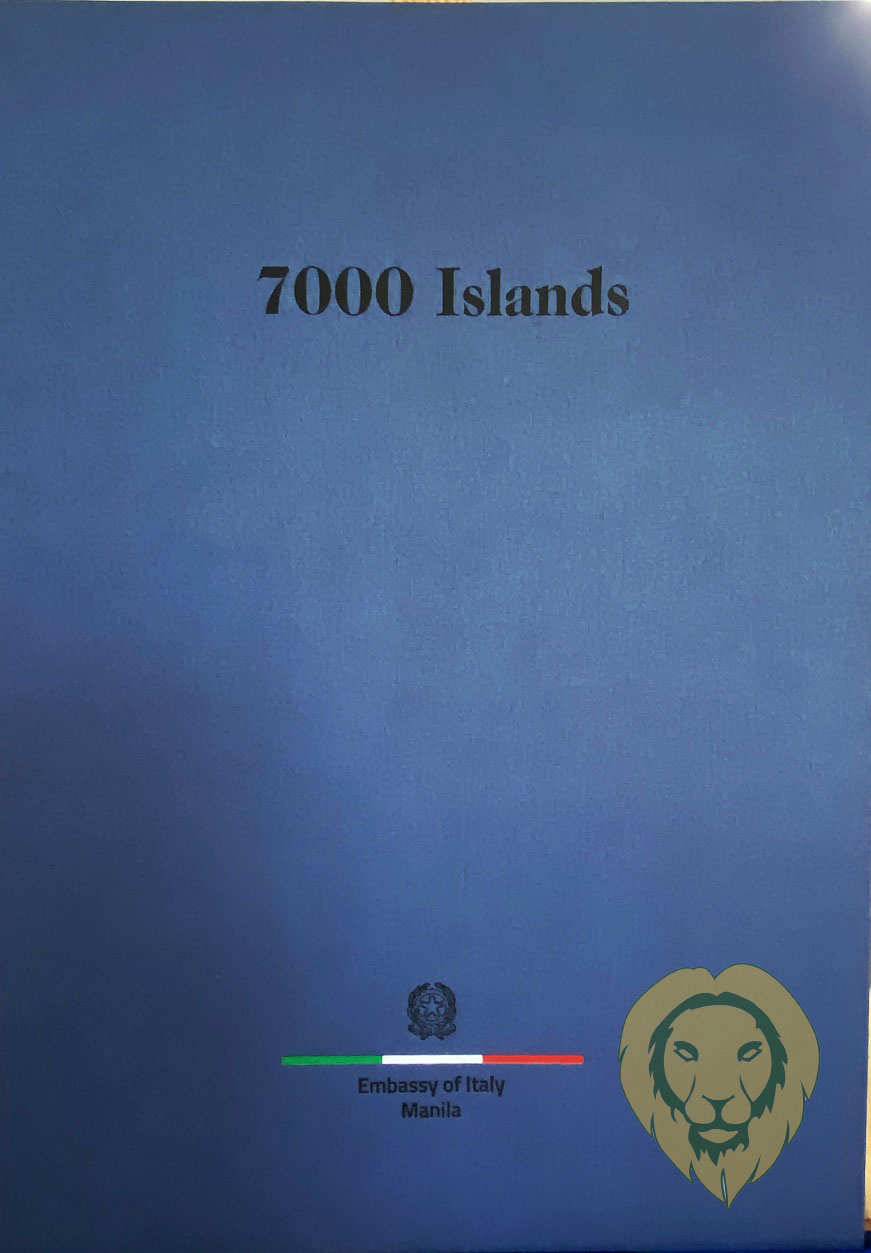 The portfolio features artworks of Italian contemporary artists: Micol Assael, Ra Di Martino and Nunzio who freely interpreted the theme of “island” as a physical and metaphorical place and a cultural tribute to the country of more than 7,000 islands. Ambassador Guglielmino together with Department of Tourism Secretary Bernadette Romulo-Puyat wrote the texts accompanying the artworks of the three Italian artists.

“The prints were made with the highest professionalism and sincere participation on the part of the Italian artists from the point of view of what ‘7,000 islands’ represents. From my perspective, it is a concrete sign of how culture brings two countries like Italy and the Philippines closer,” Ambassador Guglielmino stated.

“In the printing process I involved the Bulla printing studio, one of the most prestigious artistic printing companies in the world, based in Rome. The Bulla printing studio was born 210 years ago and has always remained in the ownership of the same family. It is currently managed by the seventh generation of printers, “he added. 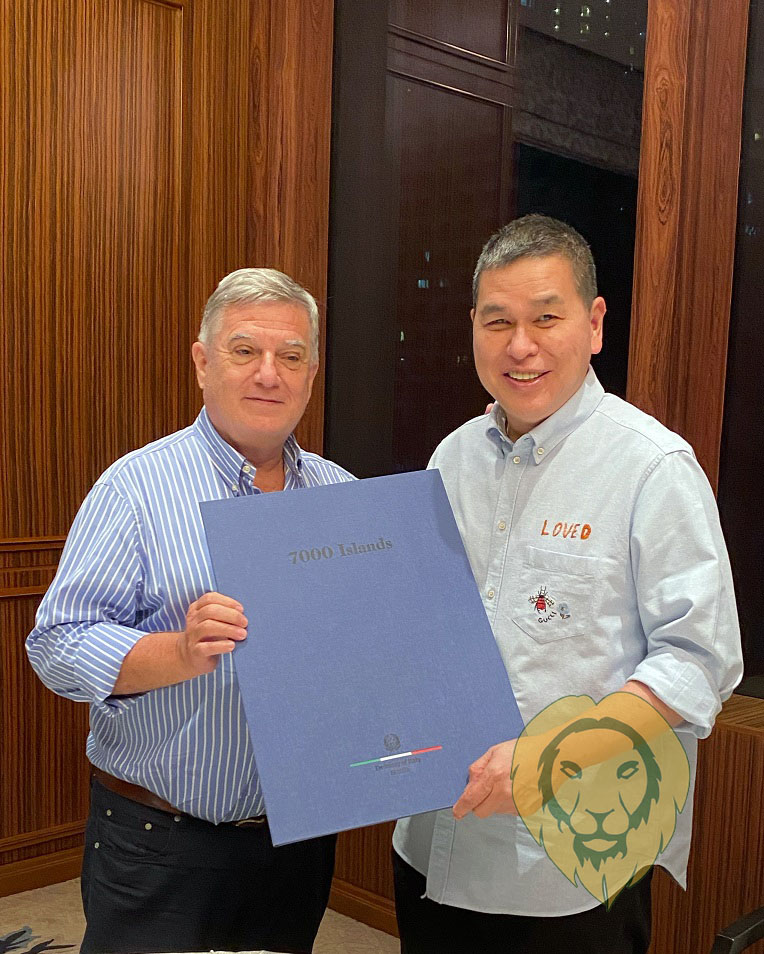 The recipients of the 25 works were given to key government officials and individuals who were instrumental in strengthening relations between Italy and the country.

The portfolio was delivered to the Foreign Minister of Italy Luigi Di Maio and Philippine Department of Foreign Affairs Secretary Teodoro Locsin, and Secretary Romulo-Puyat who also contributed to the portfolio initiative. 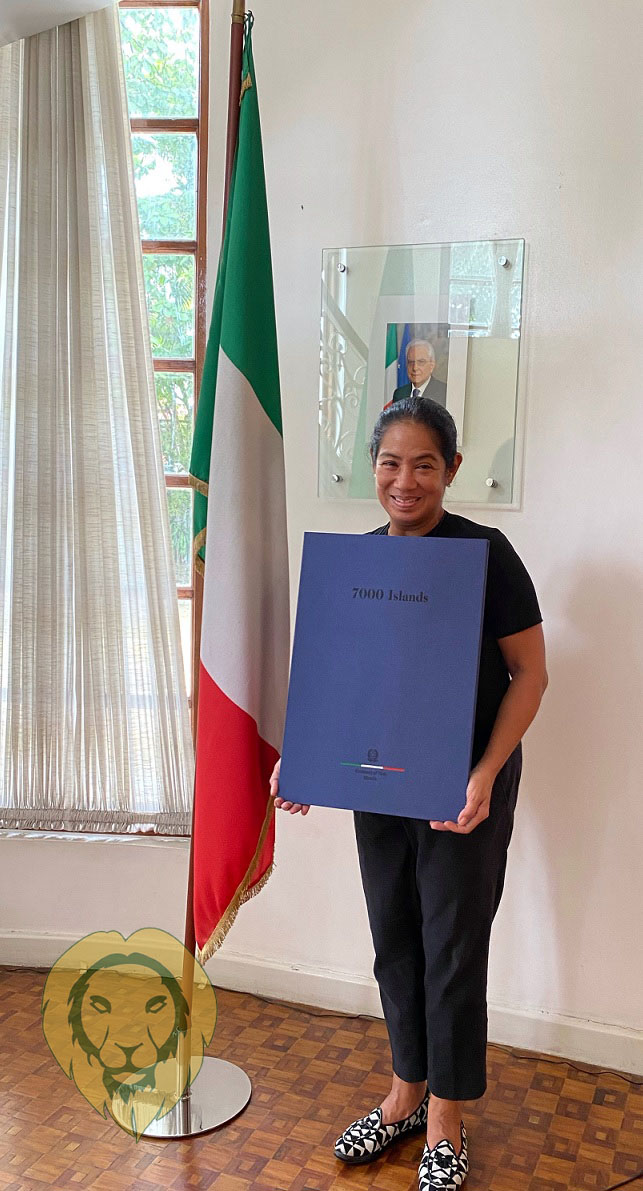 Most of the copies were delivered individually to 15 Filipino personalities who over the last few years have helped to strengthen the cultural, commercial and convivial ties between Italy and the Philippines. Among them was President of the Metropolitan Museum of Manila Tina Colayco who was instrumental for the presentation of the great exhibition “Arte Povera, Italian landscape” inaugurated in February 2020. Recipients of the portfolio include Margarita Fores who has constantly enhanced and promoted Italian cuisine in her restaurants and through television broadcasts; Ben Chan and Florence Ko for the importation of the best brands of Italian furniture design by their firms; Nedy Tantoco for the Italian fashion brands at Rustan’s; and Boots Herrera of the Ateneo Art Gallery for the creation of the “Embassy of Italy Award” which recognized Silvana Diaz for her contribution to visual arts through “Galleria 2000 “.

The “7,000 Islands” limited-edition portfolio is Ambassador Guglielmino’s parting gift to the country for the warmth and hospitality of its people and shows his love and passion for the country and his appreciation of modern art.