Could Filipino fans BE any more excited? 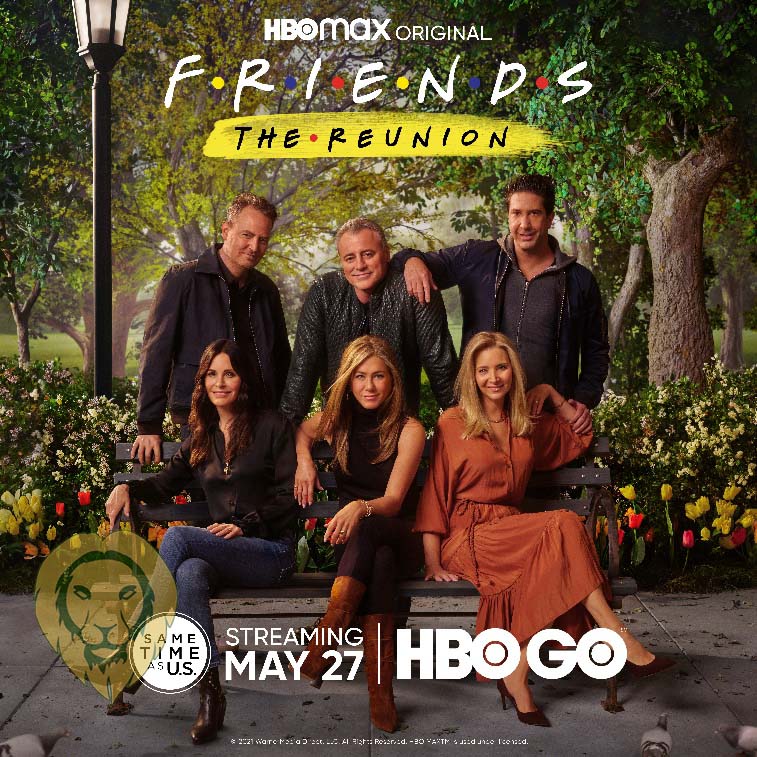 Friends: The Reunion special will debut same time as the U.S. on Thursday, May 27 at 3.01pm exclusively on HBO GO, with a same-day broadcast on HBO at 9pm. Friends stars Jennifer Aniston, Courteney Cox, Lisa Kudrow, Matt LeBlanc, Matthew Perry, and David Schwimmer return to the iconic comedy’s original soundstage, Stage 24, on the Warner Bros. Studio lot in Burbank. Filipino fans can finally enjoy a real-life unscripted celebration of this beloved show.

For the first time in 17 years, the cast of Friends reunites for a special celebration of the smash-hit comedy series. Taped on the original soundstage, Friends: The Reunion finds the cast joined by moderator James Corden and a star-studded roster of special guests as they relive the show’s fan-favourite and unforgettable moments. This once-in-a-lifetime special event honours the iconic series, which continues to permeate the zeitgeist today, with a hilarious and heartfelt night full of laughter and tears.