At the start of 2021, GMA Network promised its loyal Kapuso subscribers that it would air almost a hundred shows. Though the pandemic made it hard to start production, ten projects have already started taping in the second half of this year. 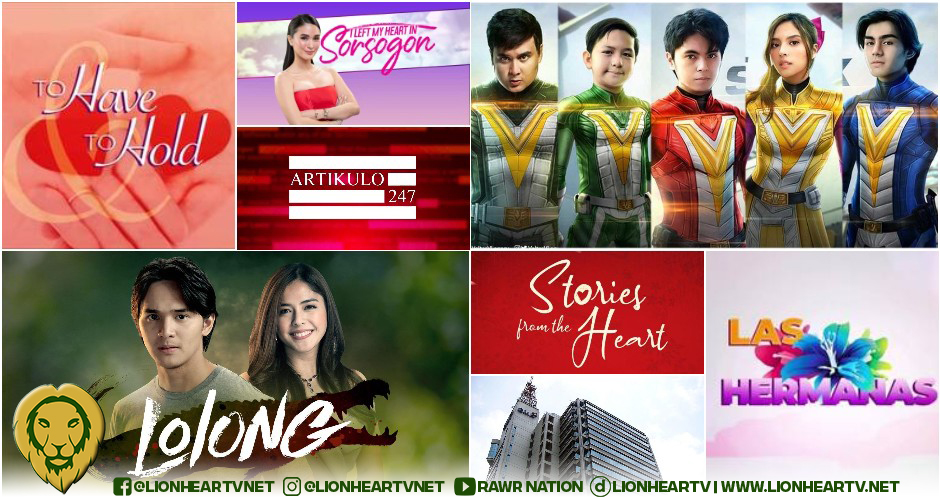 Here is what LH knows so far:

The legal series has already started its production but added some changes mid-year.

Supposedly, Rocco Nacino was part of the initial cast. However, since he will be replacing Derek Ramsay in another upcoming Kapuso show To Have and To Hold, Benjamin Alvarez will get to star alongside Rhian Ramos, Mark Herras, and Jackie Rice in Artikulo 247.

The show is expected to be aired sometime in the latter half of 2021 though no announcement has yet been made.

I Left My Heart in Sorsogon

The show has started its locked-in taping early in July and is set to air in a few weeks.

The romantic show tells the story of a young woman from Sorsogon named Celeste (Heart). She reinvents herself in Manila as a fashion designer and socialite who makes an unexpected discovery about herself when she makes an unplanned visit to her hometown.

Because of the pandemic, production has been delayed for a while, making its airing date still unknown.

The upcoming show is included in the Afternoon Prime lineup of GMA Network and is about jealousy and revenge.

Meanwhile, the airing date has yet to be announced but Little Princess will be part of GMA Network’s afternoon block.

The show’s production already started on July 21 but due to the pandemic and another lockdown, some of the scenes of cast members have been postponed.

Another upcoming show that started its production was the Jennylyn Mercado-Xian Lim tandem Love. Die. Repeat. which started its locked-in taping earlier this August 15.

This will be Xian’s first major project as a Kapuso since his transfer from ABS-CBN, and he teased his fans through his Instagram story on August 16 that the series will soon be aired, although GMA Network has yet to announce its airing date.

Stories from the Heart

This is an anthology of unusual love stories that show how social media affects lovers’ relationships and the people surrounding them. It began its airing date in July with Never Say Goodbye as its opening salve.

Loving Miss Bridgette will be the next part of this anthology series, and it began its production on July 21.

To Have and to Hold

The cast and crew of the upcoming Kapuso series To Have and to Hold started their production on June 1 and returned for their second locked-in taping back on July 29.

This show is top-billed by Carla Abellana, Max Collins, and Rocco Nacino, who replaced Derek Ramsay.

Back in June, the upcoming live adaptation of the hit anime Voltes V has already commenced its locked-in taping. However, due to the pandemic, in August, the production of the Kapuso show has been postponed and is set to resume once restrictions are lifted.

The hit afternoon show Prima Donnas will be back for its second season as cast members have already started preparing for its production in July.