There are many things that Tanduay Calendar Girl Ivana Alawi takes pride in. She is proud of her work, her family, her millions of followers, and being the face of an iconic Philippine brand.

“I was really excited when they first approached me about being the new Tanduay Cal-endar Girl. It’s great to represent a Philippine product that is known all over the world,” the social media influencer, Youtube sensation, actress, and model said. 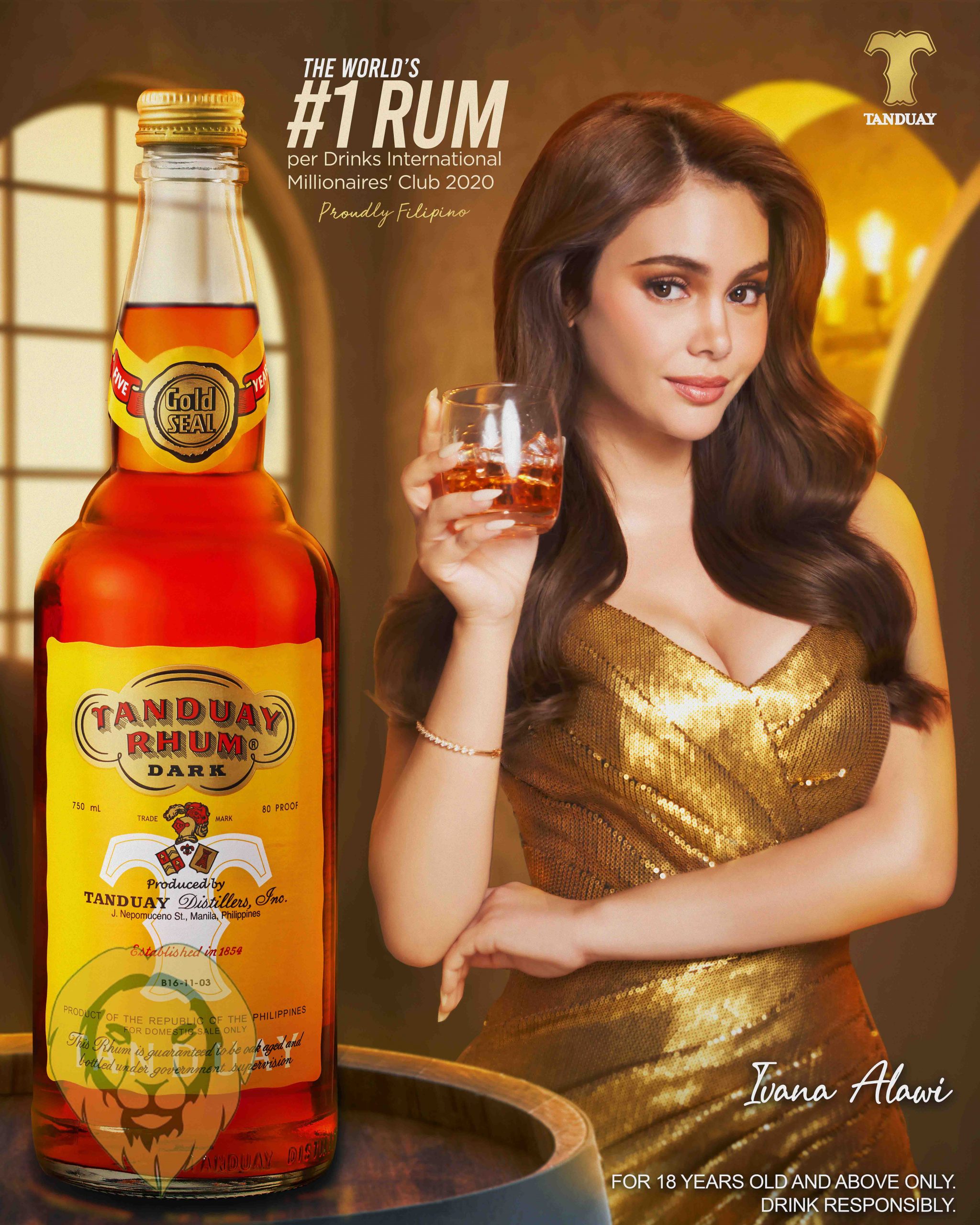 Tanduay has recently been named the World’s Number 1 Rum for the fourth consecu-tive year by Drinks International Magazine, and Alawi said that this makes her doubly happy as a Philippine brand has overtaken other rum brands from other countries.

“As a Filipino, it’s really exciting news. It means that we can surpass the best in the world. Malaki naman ang pressure sa akin ngayon because I am representing the brand. I can proudly say that I have a global fan base, where I am able to interact to Tanduay’s market with a personal touch,” Alawi said.

Ivana’s charm must have worked as Tanduay’s sales increased by more than 3 million in 2020, and it is only one of three rum brands in Drinks International Magazine’s list that recorded a growth in the past year. The calendar girl announcement took place on the fourth quarter of the year last year.

“Tibay ng loob, tibay Tanduay, sabi nga nila,” Alawi said. “They have a very hardwork-ing team that showed the impossible can be made possible.”

She added: “I have been lucky to become Tanduay’s calendar girl at a time like this. I know Tanduay has a really high standard for their calendar girls. I do hope I am able to contribute to the success of the brand.”

More than half a year since she was declared Tanduay calendar girl, Alawi related, like other previous calendar girls who have become successful in their careers, new opportunities opened for her.

“The past year has been difficult for many, but we are a resilient people. We can over-come challenges if we work together. As a Tanduay Calendar Girl, that is the message I want to give to my followers. Be strong. Together, we can pull through these trying times,” she concluded.