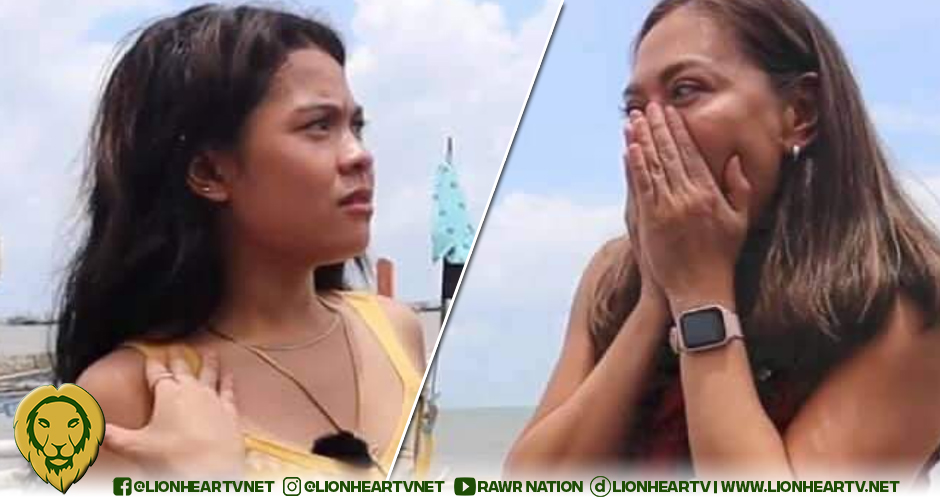 In the clip, Davila asked Gairanod when is her birthday.

The young singer then replied that she was born on November 21. After hearing this, Davila quickly covered her mouth and screamed in shock.

She revealed that they both have the same birthdays.

Startled by her reaction, Gairanod stepped back a little and showed a confused expression written all over her face.

The video went viral online as many netizens found Davila and Gairanod’s interaction toward each other hilarious.

Even Davila reacted to her video and admitted that she can’t stop laughing after watching it.

So, I met a girl at the mall named Sasha.

Lyca is the younger self
Karen Davila is the future self pic.twitter.com/MG4xZDEk2K

Thank you Kweens Lyca and Karen for blessing our Monday mornings with this meme pic.twitter.com/IYYnq3LTHd

Towards the end of the video, Davila felt that they are destined to meet and she promised to throw a party on her and Gairanod’s birthday.

The interview was originally posted on Davila’s YouTube vlog where she visited Gairanod’s house in Tanza, Cavite.

She also showed the singer’s new life after winning The Voce Kids Philippines.