As election 2022 is fast approaching, many politicians and TV personalities started their campaigns in the hopes of winning a post in government service. 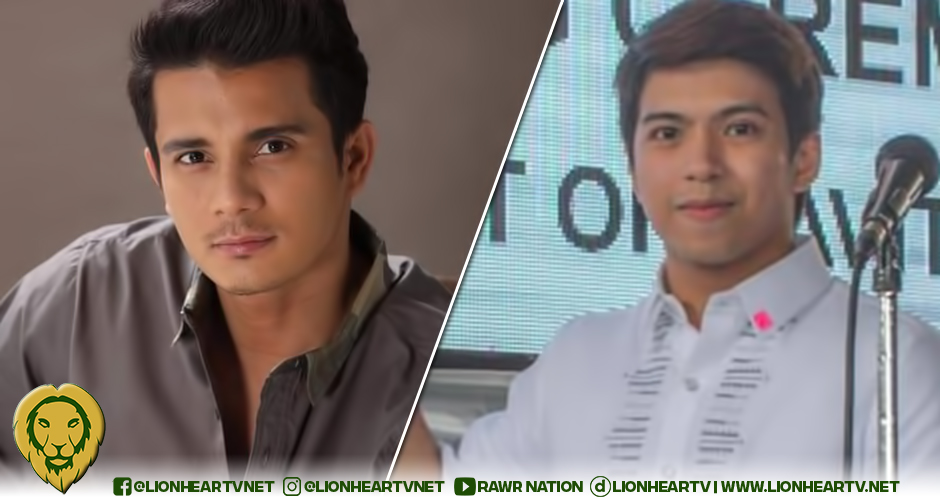 Some Kapamilya TV personalities who announced their plans of entering the world of politics were Ejay Falcon, Nash Aguas, and Doland Castro.

Falcon, 31, posted a throwback photo of himself on facebook on September 20.

The photo showed him doing a hard labor job in Pola, Mindoro Oriental.

The post seemed to be for publicity purposes as the actor plans to run in the 2022 elections.

In an exclusive interview with ABS-CBN, the actor admitted that he will be the running mate of incumbent Oriental Mindoro Governor Humerlito “Bonz” Dolor for the next year’s polls.

The former ‘Goin Bulilit’ star is included in the slate of Cavite City Vice Mayor Denver Chua, who will be running for city mayor.

According to INQUIRER.NET, Chua admitted that Aguas is part of their lineup for councilors.

“Yes. He is included in our lineup for the upcoming 2022 elections.

“We really think Nash can help us revive the former status of our city which is first-class. Through his reach, we can easily help Cavite City promote tourism assets. He will also be an inspiration to the Caviteño youth.”

On September 21, Aguas was also seen taking his oath as a member of the Lakas–Christian Muslim Democrats party.

Castro, an ABS-CBN news reporter, announced that he is filing for early retirement from ABS-CBN to join the politics.

In a lengthy post on facebook, he posted his plan to enter politics and serve in Quezon City’s first district.

He also thanked his bosses in ABS-CBN for the trust they gave him to serve the people through journalism.

He was with ABS-CBN for more than 20 years. His broadcasting career began with the Kapamilya kid version of TV Patrol, Junior Patrol.

Benitez, son of billionaire Albee Benitez, is also entering the world of politics.

He is running for mayor in Victorias City in the province of Negros Occidental.

He posted a video on Instagram showing his official announcement of his candidacy.

“I feel that my diverse experiences and exposure what make me confident that I can handle the upcoming task. Therefore, I am officially running for mayor of Victorias in 2022. My administration will be clean, efficient and inclusive,” said Benitez.

Benitez is currently in a relationship with Sue Ramirez. The actress previously showed her support to her boyfriend as seen in one of Benitez’s Instagram posts.

Javi Benitez was introduced as one of the artists of ABS-CBN’s Star Magic in May 2019.

He was part of the Kapamilya series The General’s Daughter (2019) and Walang Hanggang Paalam (2021).