Boy Abunda admitted he is willing to interview Manny Pacquiao, the boxing champion who aspires to be the nation’s next president and would openly ask him questions concerning the LGBT community. 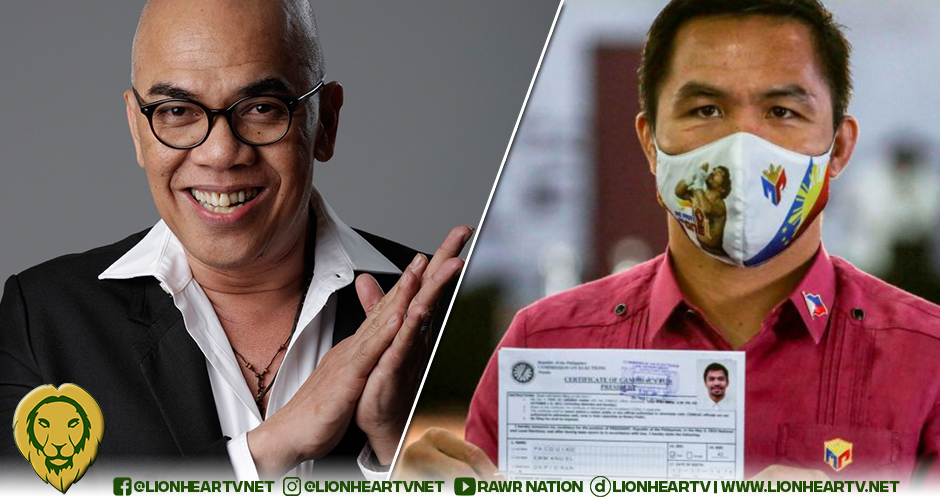 “If I were to interview Manny Pacquiao, certainly, I wouldn’t want to be asked any questions I don’t want to ask, especially the LGBT questions. I like to have a discussion with him. Why? Because that is the point of conflict,” Abunda pointed.

“Am I gonna vote for Manny Pacquiao? That is entirely a different story. Right now as I process kung sino ang napupusuan kong suportahan na president, consideration ko syempre ‘yung mga bagay-bagay and that includes my being, who I am.”

He did not disclose whether he would vote or not for Pacquiao but indicated that choosing his next president would mean considering his identity as a gay man as a significant factor.

“I am proudly gay. Masakit na matawag na mas masahol pa ako sa hayop. I was told he did apologize. But I think, the apology is a bit arbitrary. I am expecting a formal apology to the LGBT community if he didn’t mean what he said, or it was not in context. But I doubt it was out of context.”

Abunda wanted Pacquiao to apologize for the irresponsible remark he made in 2016.

In 2016, in his interview with ‘Bilang Pilipino,’ TV5’s official election coverage program, Pacquiao said the people in the LGBT community are worse than animals.