Celebrities expressed their disdain toward Bongbong Marcos (BBM) who is running for president in the upcoming 2022 national elections. 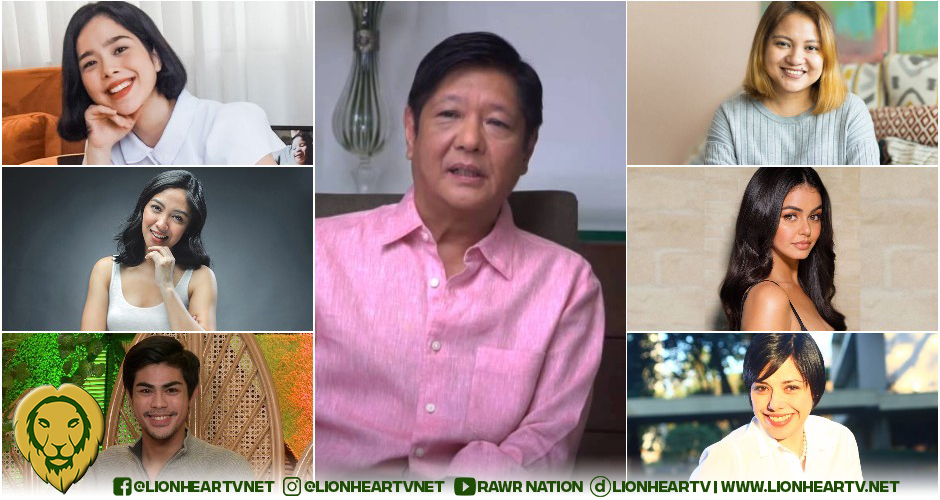 “I filed my certificate of candidacy for president. So, I guess that makes it all official,” said Marcos.

Meanwhile, his running-mate is undisclosed yet, since the original plan was to have the incumbent Philippine President Rodrigo Duterte be his vice president.

“The reason why that is, is that the original plan was for us to adopt PRRD (President Duterte) for our VP candidate, pero sa mga nangyari noong nakaraang Sabado, eh nagbago lahat ng plano,” he admitted.

“Ngayon, nag kokonsulta kami, yung partido at syempre lahat ng ating ibang kasamahan kung ano ang dapat gawin and what do we do now and so that is where it is.”

Before his actual filing, many celebrities like a radio host, DJ Chacha, tweeted a reminder to the public not to vote for Marcos. She even used the hashtag #NeverAgain, emphasizing her disapproval of having another Marcos become the leader of the Philippines.

Filmmaker Antoinette Jadaone even urged Filipinos to wake up and never forget what happened during the Marcos era.

Jadaone said such after an alert supporting Bongbong Marcos’s presidential run was sent to the attendees in Sofitel where the COC filing was held.

Also, Gab Pangilinan, a theater actress, criticized the usage of emergency alert-like by Marcos’s camp for the presidential campaign.

She then concluded that the notification was spot on given that Marcos, who is running for president is “bad news” and a “warning.”

Totoo ba to? WHY would u take over Emergency Alerts to campaign?

Because of the notifications that those who attended the filings have received, TV personality Justin Dizon warned the public to not give their vote to Marcos, claiming that the presidential aspirant has started stealing people’s information even before becoming a president.

Because of the notifications of those who attended the filing, TV personality Justin Dizon warned the public to discredit Marcos. He claimed that the presidential aspirant had stolen people’s information even before becoming a president.

BBM during the pandemic, busied himself protesting the win of the incumbent vice president, Leni Robredo in 2016.

Back on November 9, 2020, while typhoons ravaged the country, BBM filed a motion for inhibition against Supreme Court Associate Justice Marvic Leonen. The latter was tasked with writing the decision on Marcos’s poll protest against Robredo.

However, his protest went nowhere. On February 16, 2021, the Presidential Electoral Tribunal (PET) unanimously dismissed his electoral protest against Robredo since there was no evidence of electoral fraud as opposed to his claims.

Now that the elections are near, BBM tried to revise history after being interviewed by Toni Gonzaga. The actress-host then received flak from many after allowing Marcos to spread his version of what transpired during the Martial Law.