The third offering of the GMA Network drama anthology ‘Stories from The Heart: Love On Air’ fell short to sustain its preceding series, ‘Never Say Goodbye’ but it’s still winning against its rival shows in the afternoon. 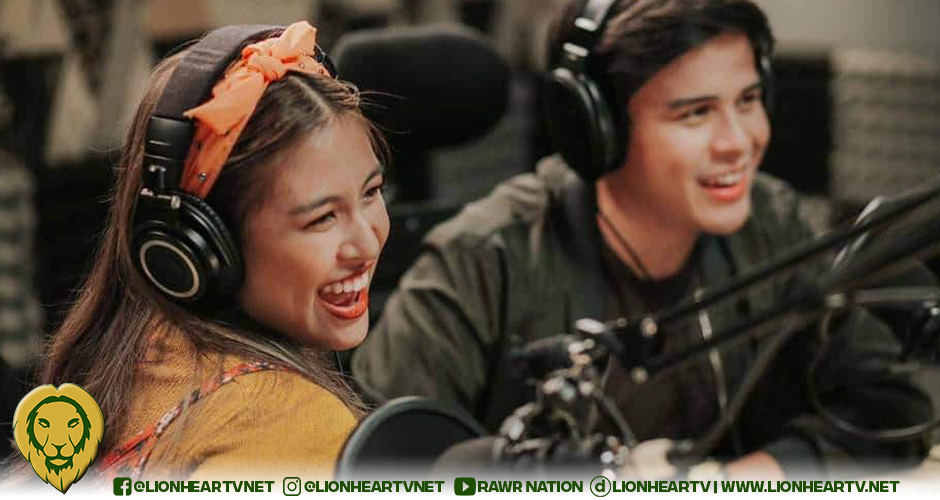 The Afternoon Prime drama officially kicked off on November 29 with another romantic story that topbills real-life couple Gabbi Garcia and Khalil Ramos.

On its pilot episode, ‘Stories from The Heart: Love On Air’ earned a 5.1% rating per data of AGB Nielsen. The show ranked 8th-10th, tied with ‘Las Hermanas’ and ‘G! Flicks’.

Its pilot rating is lower than the finale episode rating of ‘Stories from The Heart: Never Say Goodbye‘, which finished with a 6.2% rating in the 6th-7th place.

The following day, ‘Stories from The Heart: Love On Air’ dipped to the 11th spot with a 4.7% rating but recovered its 5.1% rating the next day (December 1).

In terms of online views, the show earned an average of 20k views in its episodes on YouTube.

‘Stories from the Heart: Love On Air’ was a trending topic on Twitter on November 29. Netizens and viewers warmly welcomed this new series with characters of Wanda Dimaano / Miss Wonderful (Gabbi Garcia) and Joseph Garcia / DJ Jojo (Khalil Ramos).

Part of the series’ cast, Ramos, Garcia, and Psalms David expressed excitement for their newest series.

Who’s watching the pilot episode of Love On Air? #LOANowAiring 📻

@tekzlopez, the mother of Gabbi, shared a photo with her husband as they watched their daughter’s series.

With Garcia and Ramos’s acting and chemistry, viewers could relate to their characters.

‘Stories from the Heart: Love On Air’ is under the GMA Network Afternoon Prime and can be watched at 3:25 pm after ‘Las Hermanas’.