How did the inauguration of President Ferdinand “Bongbong” Marcos Jr. fare in TV ratings and online views? 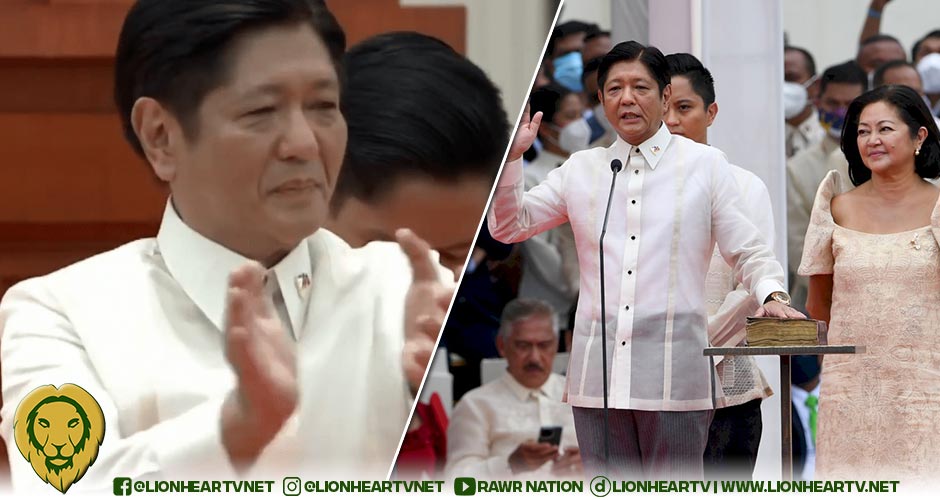 On June 30, the nation witnessed BBM’s inauguration as the 17th President of the Philippines.

His inauguration was aired on free TV by GMA Network and TV5 and was streamed online on GMA Network, ABS-CBN, and other channels.

According to the data of AGB Nielsen for June 30, GMA Networks’ coverage “Ang Inagurasyon” was the 6th most-watched program nationwide, with a 9.1% rating. It surpassed other Kapuso shows, including Raising Mamay, The Fake Life, and Eat Bulaga.

TV5’s coverage, “Ang Panunumpa” sits at the bottom of the rating chart, ranking 30th-32nd, tied with GTV’s Afternoon Break and Sing Galing with a 1.3% rating.

Overall, it shows that more Filipino viewers patronized the inauguration coverage of GMA Network since their online views and TV rating are both high.

Marcos Jr. followed the traditional ceremonies before his actual inauguration. At around 9 o’clock, he arrived at Malacañang with outgoing President Rodrigo Duterte. They then entered the Palace and had a private talk.

They went down to witness the departure honors for Duterte that commenced with a 21-gun salute. Duterte also bid farewell to his cabinet members.

After that, they parted ways—Marcos Jr. went to his inauguration venue while Duterte went to Greenbelt shopping mall in Makati before leaving for Davao.

Toni Gonzaga, one of UniTeam’s avid supporter, sang the national anthem, Lupang Hinirang. It was followed by an ecumenical prayer and a full military and civil parade.

At exactly 12 o’clock on June 30, Marcos Jr. swore before Chief Justice Alexander Gesmundo at the National Museum of Fine Arts.

It was the fourth Presidential inauguration held at the said venue as former Presidents Manuel L. Quezon (19350, José P. Laurel (1943), and Manuel Roxas (1946) also took their oath at this place way back when it was known as the Legislative Building.

Marcos Jr. then delivered his 25-minute inaugural address, stating that his focus was the country’s economy, environment, infrastructure development, and COVID-19 crisis. He then reiterated his advocacy about unifying the country to point out that anything is feasible with everybody’s cooperation.

After the inauguration ceremony, a reception was held inside the palace. The ‘Pasasalamat Concert’ was also organized at Mendiola Street near the Palace; however, only a few people attended the said concert.

The Philippine National Police estimated that only 2,100 attended that concert. That’s why Agot Isidro questioned why the attendees did not even reach 0.01% of the 31 million votes that Marcos Jr. garnered.