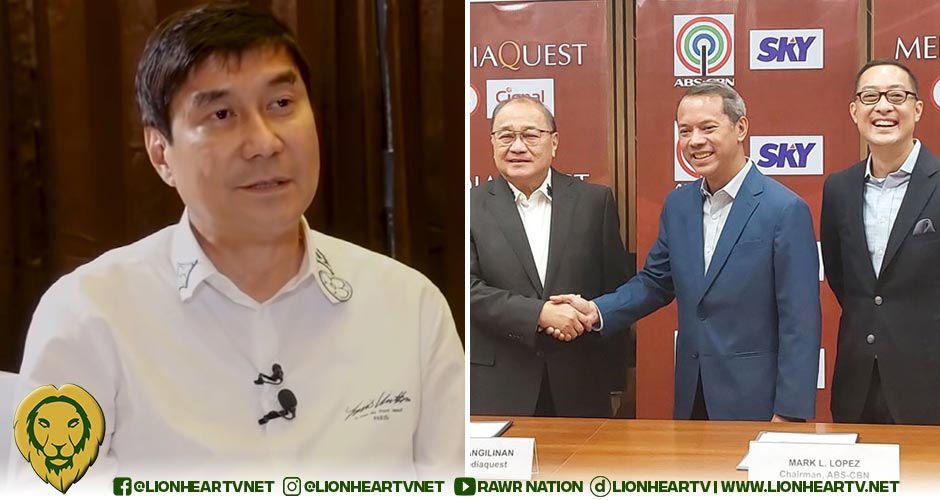 Senator and broadcaster Tulfo expressed his excitement over the partnership of two media giants, ABS-CBN and TV5 network.

In August 2022, the ABS-CBN and TV5 network announced their landmark deal that will allow the Kapamilya network to acquire shares in TV5.

In an interview with Headstart on August 17, Senator Tulfo said that the partnership of the two networks will benefit the viewers.

“The best of two worlds joining together at ang end result, dream team. At sino makikinabang dito? The viewing public.

The senator then said that there is nothing wrong with the partnership and that he supports it.

“Sa ngayon, wala akong nakikita. So, again, I have to study that, I have to ask questions from the experts, tingnan kung meron bang violation.

“I, for one, will support that and I’m talking based on me being a former broadcaster na alam ko yung takbo at kalakaran sa media.”

The landmark deal comes after activities between the two networks have increased with more Kapamilya programs onboarded on TV5’s Kapatid Network.