Blacklist International, and Canadian esports media and entertainment company Rivalry today announced a joint partnership to form Blacklist Rivalry, a new team set to compete in the 2023 season of the Dota Pro Circuit. Today, they unveiled the official team jersey in a press conference attended by the media and Dota 2 personalities. 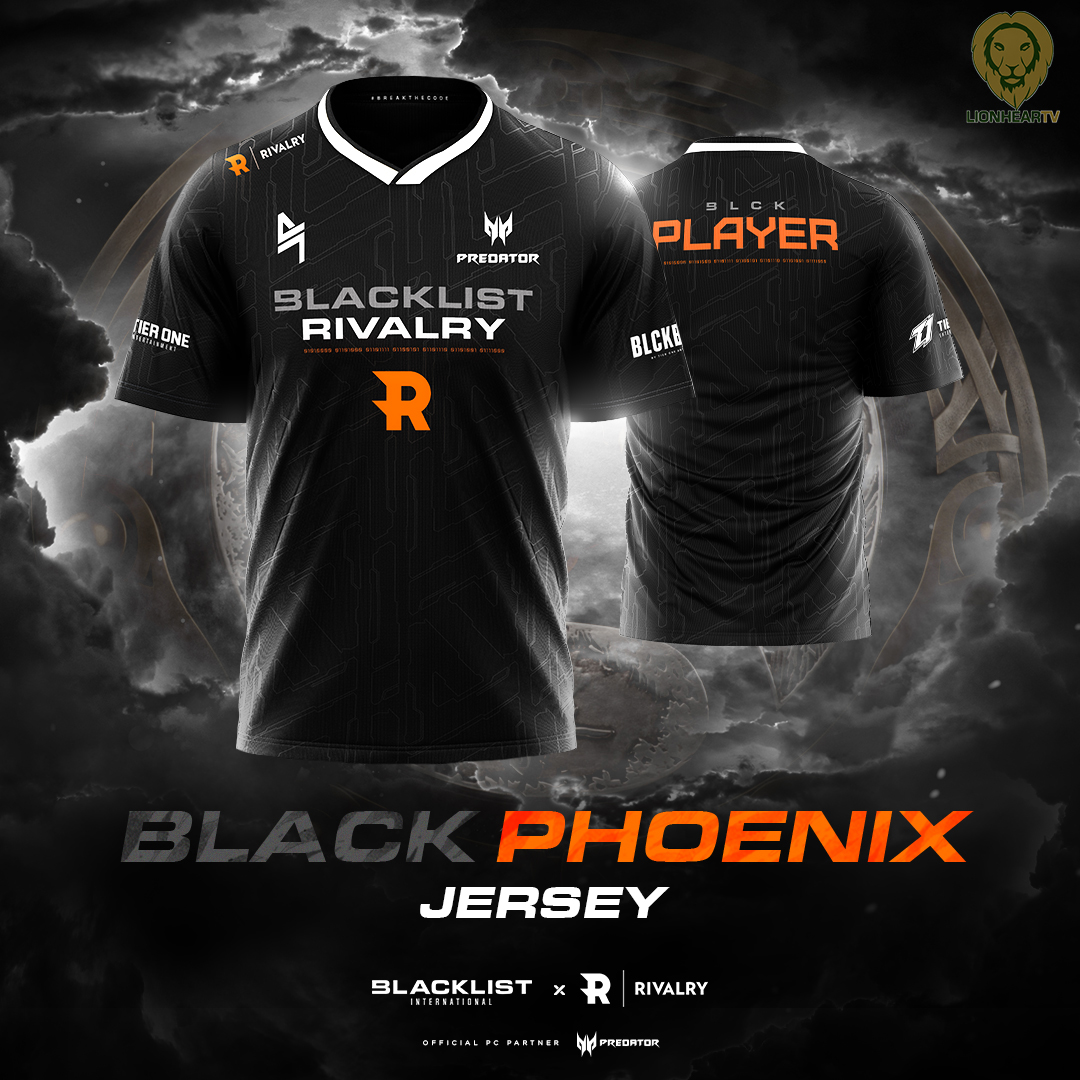 “Our joint venture with Tier One represents another meaningful opportunity to support and engage with the Dota 2 community in Southeast Asia,” said Rivalry CEO Steven Salz. “We’re looking forward to working alongside its Blacklist team division to highlight the journey of these talented players with premium content for fans, as well as ensuring the team is equipped for championship-caliber success.”

Blacklist Rivalry is a joint venture that will aim to combine Blacklist’s team management expertise and championship-winning experience with Rivalry’s content production and creative resources to build fandom and awareness.

The roster contains some of the biggest names in Dota 2, with a lineup of veterans with combined decades of experience competing at the highest level. They are:

With some of the most recognized and revered names in all of pinoy Dota, and multiple appearances at The International under their belt, this team was built to honor the rich history of Dota in the Philippines—and more importantly, built to win.

With competitive excellence as the main focal point of Blacklist International’s teams and the popularity of Dota in the country, this team represents a dream come true, not just for the fans, but for the organization as well.

“Assembling a decorated team like this won’t guarantee us a win. There is still a lot of work to be done for sure but for us in Blacklist, we’re just happy that we’ll get to compete against the best in the world with this roster. This is a dream come true, yes, but we have much bigger dreams and aspirations for this group,” said Tryke Gutierrez, Tier One Entertainment CEO.

Blacklist’s bid for a Dota 2 team kicked off after acquiring the DPC Division 1 slot from Singapore-based RSG. “I would like to thank my friend Jayf Soh of RSG for being such a professional throughout this whole deal process. We will continue what you started,” Gutierrez added, acknowledging the org’s CEO.

Gaming hardware titan Predator has also partnered with Blacklist Rivalry as a major sponsor, bolstering the team with high-end gaming PCs for their Predator-branded bootcamp.

“At Predator Gaming, we are happy to bear witness to where our partnership with Tier One Entertainment and Blacklist International will go and what greatness will be achieved by the players, who are all Predator League champions,” she said.

With all the buzz generated by the forming of this super team, the whole Dota community is eagerly awaiting the debut of Blacklist Rivalry in the upcoming DPC season. Stay tuned to their social media channels to stay up to date with the latest news and announcements.

About Blacklist International
Blacklist International is the esports division of Tier One Entertainment. With a vision to be the top destination for esports athletes, Blacklist currently fields championship teams in Mobile Legends: Bang Bang, Call of Duty: Mobile, Legends of Runeterra in the Philippines and Free Fire in Malaysia.

Founded in 2019, Blacklist International perfectly balances excellence in competition and entertainment. With this mix of winning culture and top-tier content, Blacklist has attracted major partnerships with names such as Petron, Globe, Oppo, TikTok, and more.