What if you discover that the sibling you trusted your whole life is the real son of your worst enemy? Will you seek revenge and take vengeance into your own hands? 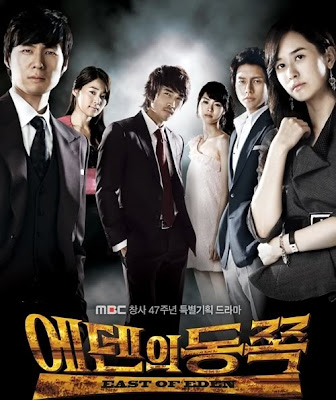 Beginning August 16, GMA Network brings a harrowing drama series on love and revenge with East of Eden, its latest Koreanovela that will air on its primetime block, Monday to Thursday, right after Endless Love.

East of Eden is regarded as Korea’s highest-rating and multi-awarded drama series for 2009 which features the comeback project of Song Seung Hun who previously starred as Johnny in the well-loved series Endless Love.

This drama exposes the intertwined fate of two men born together at the same time and in the same hospital. From the very beginning, their lives and their families’ destinies get tangled in a web of deceit, betrayal and non-stop thirst for revenge.

Days after his younger brother’s birth, Alfred Lee (Song Seung Hun) witnessed the murder of his father. From then on he swore to seek revenge on the man who caused his father’s death, Tyrone Shin (Jo Min Ki).

But unknown to everybody is the fact that Alfred’s younger brother, Frederick Lee (Yun Jung Hoon), was switched at birth with Tyrone’s son, Darren Shin (Park Hae Jin).

Frederick grows up to become a prosecutor and vows to help his brother Alfred seek revenge while Darren chases money and power in casinos.

What will happen when they find out that they’re not brothers? What will Alfred do when he discovers that his real brother Darren was raised by Tyrone Shin and that the brother who was beside him all these years is the son of his enemy? What will happen to these warring families and bitter brothers?

The battle between two families in East of Eden begins tonight, August 16, right after Endless Love on GMA-7.