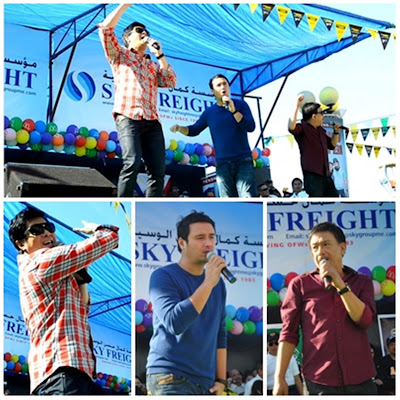 Pinoy power was seen in the Kingdom of Saudi Arabia (KSA) recently, as around 16,000 Filipinos gathered to watch the much-awaited show of “Happy Yipee Yehey” (HYY) hosts Randy Santiago, John Estrada and Rico J Puno, collectively known as the RJR. Most of the attendees are The Filipino Channel (TFC) subscribers.

Some even came from the far regions of Jeddah and Riyadh. With KSA’s highly conservative culture, the three didn’t expect a lot of attendees, who are mostly women. For John, having an out-of-town concert is a dream come true for a non-singer like him. 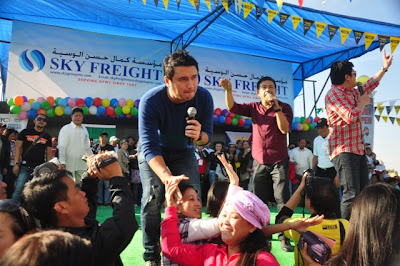 Rico J, on the other hand, was enthralled when fans started to swarm in the car they’re in. RJR sang their hit love song from their gold record album “HYY Nananana.” For more updates, follow HYY on Twitter, http://twitter.com/#!/hyyofficial.