ABS-CBN’s “Patrol ng Pilipino” will look back on a year of uncovering the stories and emotions behind 2011’s biggest and most notable news reports and features with its lookback special tomorrow (Jan 3) to be anchored by news reporters Jeff Canoy and Ryan Chua.

The “‘Sang Taong Pagpapatrol” episode will revisit reports delivered by ABS-CBN’s journalists on the tragedies and natural calamities that jolted the nation and the world such as typhoons Juaning, Pedring, and Sendong in the Philippines; the earthquake, tsunami, and nuclear outbreak scare in Japan; and the massive fish kill in Batangas and Pangasinan.

Jeff, whose most memorable coverage this year was the Typhoon Sendong catastrophe in northern Mindanao, summed up what the past year meant to journalists in general, “There was progression in the way stories were told and the way journalists performed their watchdog function – people and government were made accountable. I think we all came out of 2011 a little bit stronger, a tad bit tougher and a lot more vigilant.” 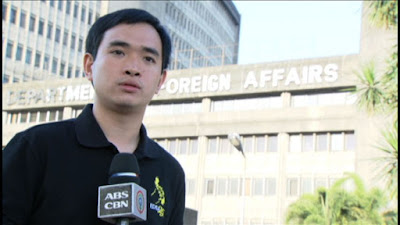 For Ryan, 2011 was filled with stories of tragedy and hope that highlighted journalism’s role in uniting the country. He said, “Last year’s coverage showed the immensity of tragedies accurately enough to spur people to action, and how even in the worst situations, the human spirit always triumphs and nurtures hope.”

The yearender will also reexamine how the journalists uncovered and made sense out of the country’s most notorious controversies, including the acquittal of Hubert Webb in the Vizconde massacre case, the death of former AFP chief Angelo Reyes, the plight of Hacienda Luisita farmers, and the murder of Ramgen Revilla.

To offer glimpses into our culture and identity, “Patrol ng Pilipino” went across religions, communities and festivities with its reportage of the Ramadan, the Feast of the Black Nazarene, the Oktoberfest and the Moriones Festival in Marinduque. Also to be presented in the special are inspiring stories such as the rise of the Azkals national football team, the Miss Universe pageant, and Prince William-Kate Middleton wedding.