In the olden days, it may have been unthinkable for a teleradyo channel to mount a live and uninterrupted coverage of a national event like the impeachment trial of Chief Justice Renato Corona, but with DZMM TeleRadyo’s willingness to embrace change, it’s all happening. 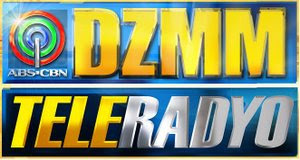 DZMM TeleRadyo’s coverage of the impeachment trial is the first of its kind, with no other radio-television channel ever mounting a project of this nature and with such scale and extent in the history of radio.

With its masterful utilization of the technologies it has learned and gathered over the years, DZMM TeleRadyo is able to deliver timely and important updates on the proceedings of the case, both from the Senate and the studio.

This is a long way from the beginnings of DZMM TeleRadyo, now celebrating its fifth anniversary. But as the case may be, it is not far removed from the vision with which it was established in 2007. In fact, it is in keeping with the forward-thinking virtue that ABS-CBN head of Manila Radio Division Peter Musngi spoke of in its early days. “Radio must continue to evolve,” he said.

In its inaugural year, it was the first media outfit to break the news about the fatal bombing in Glorietta, using no less than one of the key features proposed during the channel’s inception, the 3G mobile phone technology. DZMM TeleRadyo beat all other TV news groups in breaking the first footage from the scene. The decision to have its DZMM Radyo Patrol reporters use 3G mobile phones and do live video reports paid off.

But DZMM TeleRadyo owes its success as much to its willingness to embrace change as to its celebration of tradition. But it is thoroughly hinged on the tenet that it should remain faithful to the nature and characteristic of radio.

Being a trailblazer that pioneered several firsts and imitated by other stations, DZMM TeleRadyo has made its mark as the leading news and information cable TV news and commentary channel in the Philippines that has attracted viewers across socioeconomic class with its programming appealing to the AB and the CD markets.

Viewers still get to enrich their opinion on important and pressing matters by staying tuned to the elaborate discussions typical of what they are used to hearing on DZMM. Two of the most prominent and respected TV and radio personalities, ‘Kabayan’ Noli de Castro and Ted Failon, go on board on weekdays to tackle the biggest issues of the land via news, commentary and public service in “Kabayan” and “Failon Ngayon”. The two veteran broadcasters are heard and seen together on “Radyo Patrol Bailta.”

Entrepreneurs, too, can receive vital information that can help them with their business or investments such as foreign exchange rates, which are flashed on the screen. But an interesting element perhaps is the candidness on radio that is somehow carried over to DZMM TeleRadyo.

The marriage of technological advancement and tradition has kept DZMM TeleRadyo ahead and, at the same time, firmly established in the industry, as attested by the many awards it has been accorded over the five years it has been on air.

Most recent in this lengthening list of awards are Finalist for Best Special Event Coverage for “DZMM Halalan 2010: Ang Bayan Naman” under the TV category given during the 33rd Catholic Mass Media Awards, the International Association of Business Communicators Philippines’ Philippine Quill Awards and Public Relations Society of the Philippines’ Anvil Awards for successfully expanding its viewership, introducing innovative approaches, and increasing its revenues.

True to its adherence to the sensibilities of radio, DZMM TeleRadyo recently brought back radio personalities that were held dear by listeners. In January, veteran broadcaster Korina Sanchez, who is perhaps best known on radio for her tandem with seasoned broadcast journalist Ted Faillon on “Tambalang Failon at Sanchez,” made a comeback with “Rated Korina,” a magazine program partly inspired by her long-running ABS-CBN program “Rated K”.

With all its achievements, DZMM TeleRadyo has indeed broken boundaries and reached heights previously unknown in the industry. But what’s truly remarkable is that in its quest for change, it has remained loyal to the essence of radio and is careful not to leave its listeners behind. In fact, DZMM Teleradyo has taken them along in the evolution.