Menu
Search
The controversial R-18 version or the director’s cut of Star Cinema’s blockbuster suspense-horror film of 2012, “The Healing,” will finallly premiere on Philippine television via SKYcable Season Pass.

This is the first time that the said suspense-horror film topbilled by Star for All Seasons Vilma Santos will be shown on TV after its successful theatrical release. 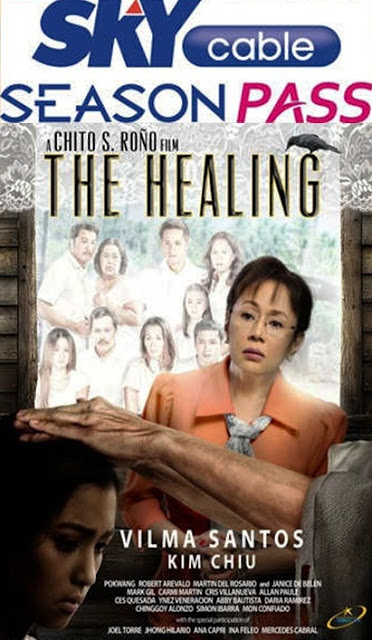 From September 15 to October 7, SKYcable subscribers can now enjoy “The Healing: The Directo’s Cut” at the comfort of their homes through the pay-per-view service of SKYcable Season Pass for only P199 for the three-day access and P299 for the seven-day access.

Aside from the behind-the-scenes footage, also bundled with the pay-per-view subscription of “The Healing: Director’s Cut” are three of Star Cinema‘s blockbuster horror films namely “T2,” “Sukob,” and “Feng Shui.”

A masterpiece of Philippine cinema’s ‘Master of Horror’ Chito S. Roño, “The Healing” is about Filipinos deep faith on on faith healers. It will follow the life-changing experience of Seth (Vilma) and the people whom she convinced to get help from the faith healer whom she thought made a miracle to his father.