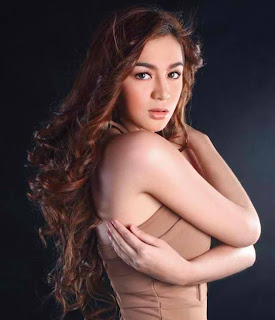 Charee Pineda is back on showbiz after winning as Councilor in Valenzuela City. She was seen last week by some members of the press on GMA Network compund with her manager Manny Vallester.

Charee’s career began when she was cast as the “sweetilicious” girl on ABS-CBN’s defunct teen sitcom “Let’s Go.” She is best known for playing the roles of Marissa Ocampo in “Katorse” and Jeri Cenarosa in “Precious Hearts Romances Presents: Alyna” where she was paired up with JM De Guzman. She won her first major acting award via “Alon,” a Cinema One Originals 2008 entry, and bagged the Best Actress award besting several Filipina indie actresses. She’s known as the youngest recipient of the Best Actress award in Cinema One Originals.