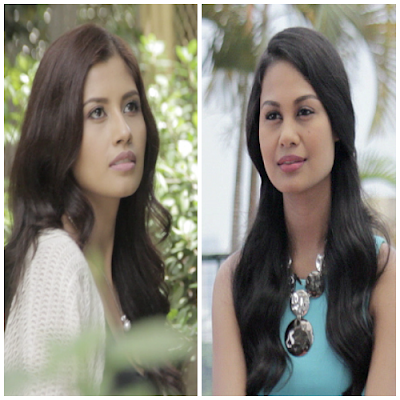 Venus and Shamcey have certainly brought back the Philippine’s glory in the most prestigious global beauty pageant, Miss Universe. However, while both of them have become iconic beauties, their respective love life turned totally different.

Miss Universe 2011 third runner up, Shamcey, is now engaged to her two-year Filipino-Chinese boyfriend, Lloyd Lee. “I’ve waited for the right time. I’m only going to a relationship when I’m ready to settle,” said Shamcey.

The couple was even more delighted after Lloyd’s conservative family easily accepted Shamcey, despite her being non-Chinese.

Venus, meanwhile, took a 180-degree turn when Miss Universe 2010 fourth runner up ended her one-year romance with TV host, Andrei Felix last May. Speculations surfaced that they broke up because Venus’ family was against her relationship with Andrei.

“We came to the point where my siblings and I were fighting. They were asking me to choose between him and them. When I chose him, my siblings and I cut our communication for few months. I missed my family,” Venus confirmed.

In the episode, Shamcey also takes the viewers to her wedding preparations, while Venus opens the doors of her never-before seen condominium unit and her newly built house in Bicol. Venus will also answer rumors about her career, particularly why she is no longer part of “Umagang Kay Ganda” and “ASAP.”