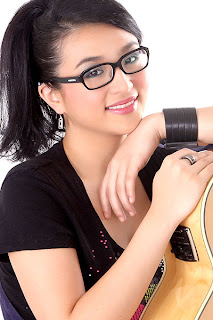 Singer/Songwriter Zia gears up to her sophomore via PolyEast Records titled “A Little Bit of Lovin.”

PolyEast Records announces that Zia is halfway-through recording her second album and back with her worldly, earthy soul voice with the new single “Pasakalye” written by Jungee Marcelo.

“Pasakalye” have hit the radios last week and will be launched on ASAP this Sunday, July 28, 2013.

“A Little Bit of Lovin” is Zia’s follow-up to her self-titled debut in 2011 with the chart-topping and award-winning songs “Ako Na Lang”, “Dear Lonely” and “Simple Girl”.

The new CD will be available in stores this July with eight original cuts including Zia’s compositions and two classic revivals.