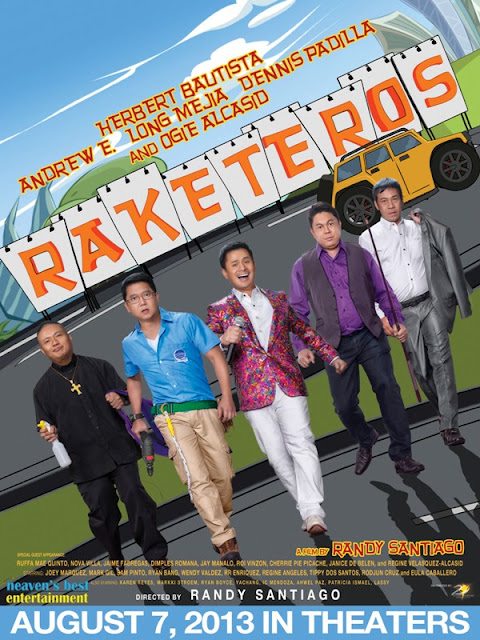 Five of the most popular comedians of the 90’s namely, Mayor Herbert Bautista, Dennis Padilla, Long Mejia, Andrew E. and Ogie Alcasid unite for one ‘ultimate throwback’ comedy movie treat for moviegoers of all ages, “Raketeros” that will hit cinemas nationwide on August 7 (Wednesday). 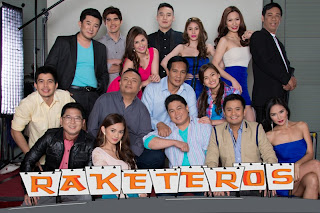 Part of its continuing 20th anniversary celebration, Star Cinema distributes “Raketeros,” which is produced by Heaven’s Best Entertainment and directed by another music and comedy icon of the 90’s Direk Randy Santiago.

“Raketeros” shares the adventures and misadventures of a group of middle-aged male friends–Berto (Herbert), the cable guy; Mando (Dennis), the driver, Mulong (Long); the billiards player; Julio (Ogie), the all-around singer; at Andoy (Andrew) the ‘religious.’ The four gathered to do a simple task of delivering an expensive down to their rich friend’s mansion. However, a series of hilarious mishaps puts them and their task in jeopardy.

When everything seems to be going down, how will the ‘raketeros’ rescue each other?