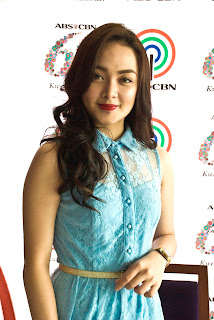 Based on the weekend data from Kantar Media, the Don Cuaresma-directed heavy drama episode garnered an impressive 38.6% national TV ratings, or more than twice the viewers who watched its rival drama anthology in GMA “Magpakailanman” which only scored 17.1%. In the story, Alex portrayed Pinky, a loving daughter who endured all the maltreatment of her foster sister just to ensure that she would finish her studies through the help of her adoptive parents.

Meanwhile, new Kapamilya actress Meg Imperial will star in the upcoming “MMK” episode this Saturday (August 10). Meg will play the role of Brenda, a hardworking lady who grew up with a lot of insecurities. Her view of self ever got worse when her first boyfriend cheated on her, making her believe that no one will truly love her.

Together with Meg in the upcoming “MMK” episode are Brenna Garcia, Bryan Santos, Angeli Gonzales, Melanie Marquez, William Martinez, and KitKat. It was researched by Akeem Jordan del Rosario, written by Mark Duane Angos, and directed by Dado Lumibao.