Menu
Search
“Dito Sa Puso Ko” is now available in stores and for downloads as released by Galaxy Records and distributed by PolyEast Records. 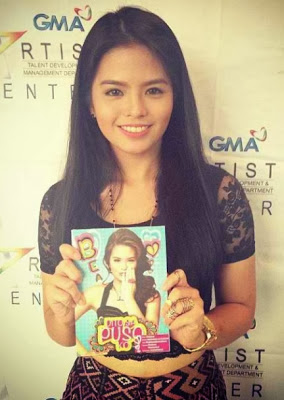 Bea launched the album will Ken Chan where they showcased theirr ten new singles to entertain her legion of loyal fans. Ken Chan  is also part of GMA Artist Center and a host of the late night show “Walang Tulugan With The Master Showman”. He already appeared in several shows of GMA Network, Tween Hearts and Time of My Life.