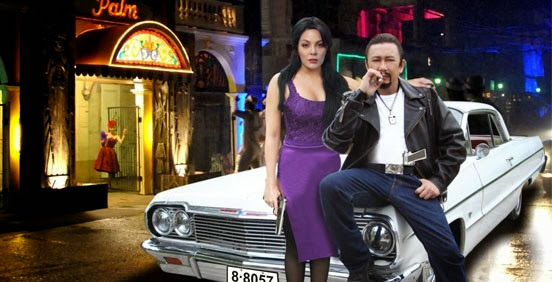 The armor of this movie is freshness and strangeness in the movie scene.
Boy Golden is one of the most extraordinary films that had ever graced in MMFF stage in the recent times. It is very apparent that they took into account how the audience will react and how the peculiarity of the film can be enjoyed – and became its biggest advantage.
The Cast 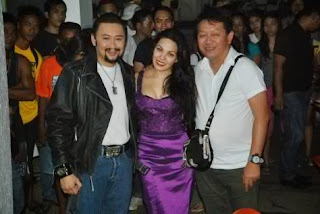 Directed by Chito Rono, Boy Golden is based on Arturo Porcura’s (Jeorge Estregan) life story, the notorious leader of a gang. However, with his entire family and gang dead upon the attacks of Tony Razon (John Estrada) – he stood up on his own feet with a new name, ‘Boy Golden’, seeking revenge. Similar to any kind of mafia movies, he meets his leading lady, Marla D (as played by KC Concepcion) – a dancer who comes with him in a plot to take out the toughest gangsters of Manila.
The starting scene is strange and entertaining at the same time. It would excite you and get you going as the scenes get crazier by the minute.  The first ten minutes is a great pre-cursor to everything that will transpire in the action-packed movie. It is beyond everything you could ask for in a Jeorge Estregan movie. While there are illogical bits like Hong Kong-style fights, the movie is spectacular in every bit of it.
The Good Thing
It creates a very colourful world of the rich… and you cannot deny the fact that both the leads delivered so well in the movie. The tough guy image fit Jeorge Estregan, though his lack of charisma might be the downfall of the film, when it comes to sales. KC Concepcion is definitely excellent especially at the action scenes. This may actually be a new-found niche she must take advantage of.
Worthy of applause as well are its other supporting characters – Dick Israel, Eddie Garcia and Baron Geisler.
While Boy Golden has its flaws, it definitely is a joy to watch – something new in the silver screen. Parkour stunts, gold suits, crime, a piano concert – and a lot of fake mustache… but that’s how it’s supposed to be so you wouldn’t get tired of all the fun you’ll see in the cinema.
RATING: 3.5 / 5 – 5 as the highest

Written for LionhearTV by Correspondent Rommel Sherwin Copuyoc of www.rommelcopuyoc.com. Be part of our growing community! Send an article pitch to [email protected]