In a Facebook post, Rosendahl called out people who according to her continued to hurl hurtful words against the President. 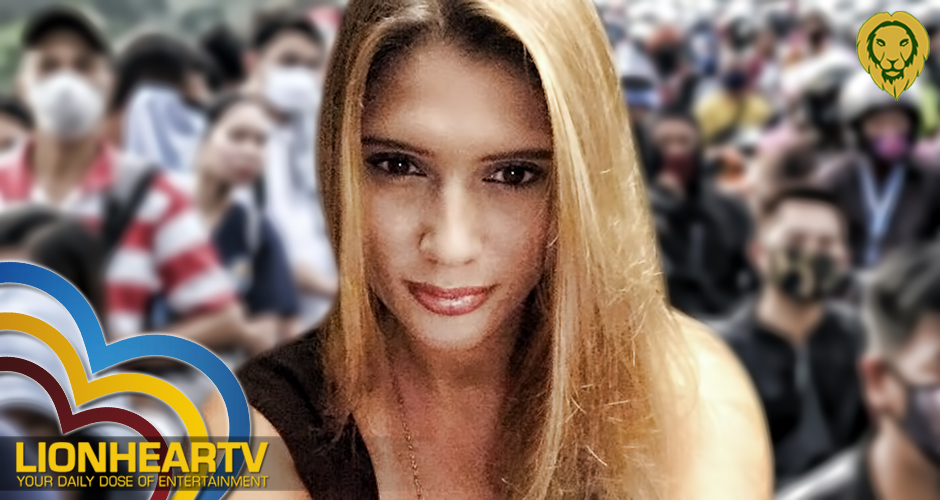 She also questioned those critics if they can do better in leading the country under a health crisis.

“Kayo na ang mag lead ng country! All the hate messages towards our president…you people think you can do better job at leading us through this pandemic?” she said.

The former sexy star also called out Filipino for being pasaway and not following quarantine rules that’s why the country is in this current state.

“In the first place if you just followed rules etc. we wouldn’t be at this point right now,” she added. 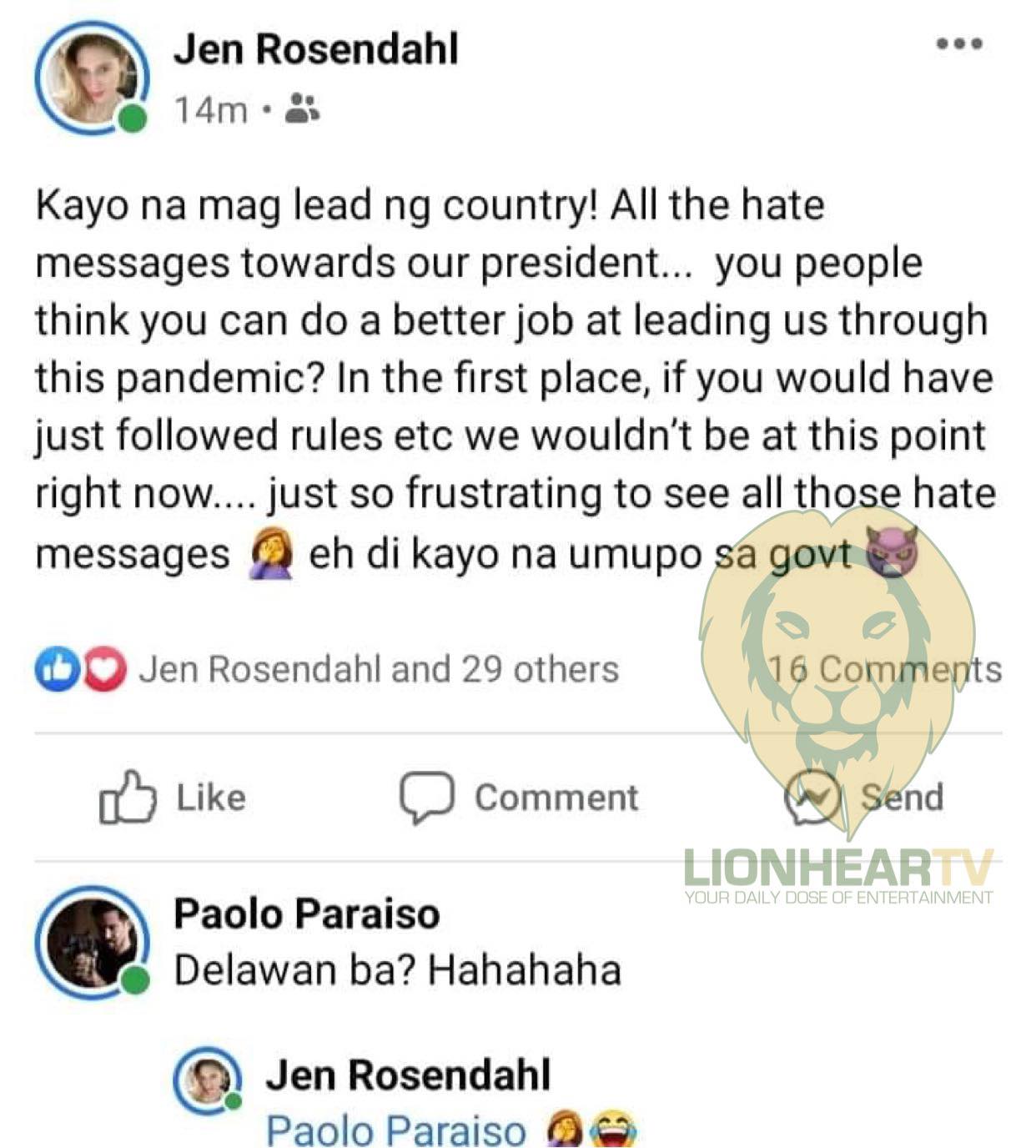 However, based on the recent SWS survey, the majority of the Filipinos followed quarantine rules and basic health protocols.

In the survey conducted to 1,555 Filipinos between July 3 and 6, results showed that 76 percent of respondents have always used their anti-virus masks when going out of their homes and around 65 percent wash their hands several times a day. 56% meanwhile said that they keep the 1-meter distance from other people when going out.

In terms of frequent handwashing, Metro Manila registered the highest score at 73%, followed by the Visayas at 69%, and Mindanao at 67 percent%.

Metro Manila and nearby provinces were again put to Modified Enhanced Community Quarantine (MECQ) by the President after the spike in COVID-19 cases and the plea from the health sector to ease. Duterte made the announcement in the wee hours of Sunday, August 2.