Former actor Mel Francisco finally broke his silence regarding the claims of his son, former action star John Regala, that he is already long gone. He also spoke about their complicated father-son relationship. Mel is a 1960’s actor who belongs to the Padilla showbiz clan.

He had already been away from the limelight for a long time until he decided to speak up about the issue just recently through a news and lifestyle website. 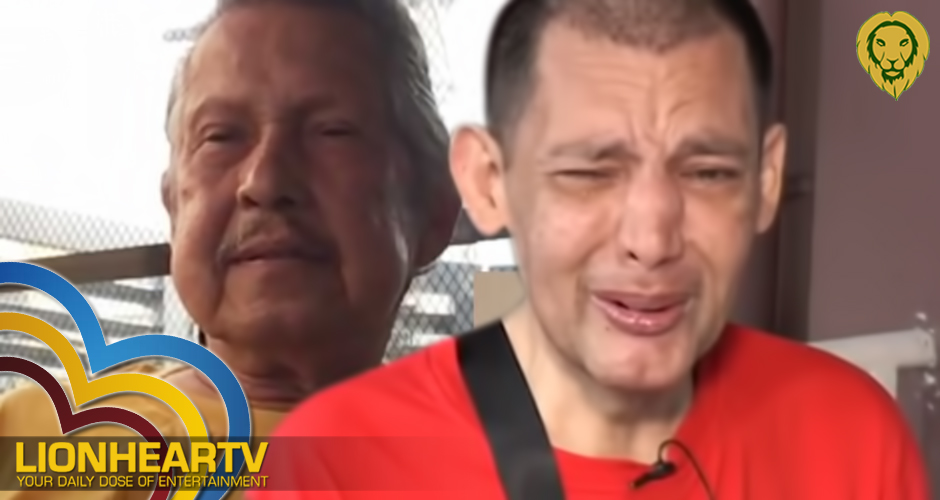 He mentioned that he was shocked to find out that John has been saying that he already passed away.

He said that his friends and relatives have been asking him about his well-being when they heard the news from John that he already died. He also mentioned that even his relatives in America have checked up on him because of the news.

Mel was questioned by his relatives on why he didn’t do anything to help his son with his life and health problems.

Mel is currently based in Laguna and is already 76 years old. John’s mom, former actress Ruby Regala, died earlier in January due to a brain tumor.

But when Mel was asked about John, he said, “I stand to correct you. Hindi naman ako ang ama ni John Regala.”

He explained that John only made him out to be his father because his mother, Ruby introduced him so.

He was shocked when his former girlfriend introduced John as his son in the mid-1980s because he said that he and Ruby were only together for a few months. Mel added that he never even knew about the existence of his alleged son not until John entered the showbiz industry and the controversies about him being the father started.

Mel disowned John when he said that he will never recognize the former action star as his son.

“He’s not even my son. Never ever naging anak ko siya,” he noted.

Mel mentioned that since John is already considering him dead, he will also consider John dead in his heart.

Mel mentioned that he heard about John when the latter went viral on social media around August after a citizen recognized him despite the severe changes in his overall body condition.

It can be remembered that John Regala trended after a concerned citizen posted on Facebook that the actor is in need of help. It turned out that the actor was suffering from liver cirrhosis, among other illnesses, and was already living on his own.

The actor has then received help from his former co-workers and anonymous donors but it seemed like his benefactors are giving up on him because he remains stubborn and uncooperative with his treatment.

Regala’s former co-workers Nadia Montenegro and Chuckie Dreyfus, who helped him, revealed that the actor didn’t want to stay at the National Kidney and Transplant Institute (NKTI) anymore and insisted on going home making it hard for them to help their old friend.

“Basta all I can say is we did everything we can in the short amount of time given to us to help John. We can only do so much, lalo na if the person you’re trying very hard to help out has difficulty cooperating. May limitasyon din lahat,” Chuckie said.

Mel Francisco Mel is a former character actor who was a part of several Filipino movies like Mansanas sa Paraiso (1965), Eagle Commandos (1967), and The Strip Teaser (1970).