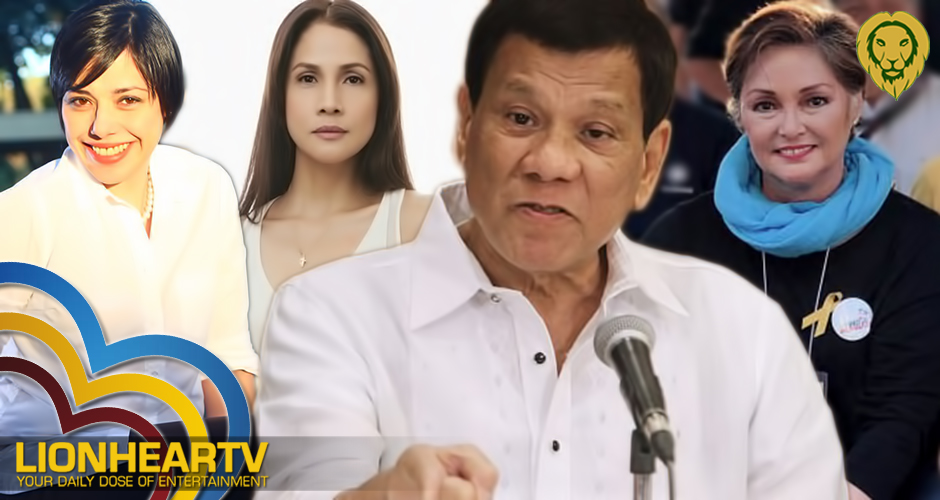 Because of this, celebrities like Pia Magalona, Agot Isidro, and Leah Navarro reacted to his address.

Pia Magalona said that Pres. Duterte should do it already. She also hinted that Vice President Leni Robredo should lead.

Actress Agot Isidro also reacted through a retweet. She noted the number of retweets and likes of the news, hinting that it could be a sign of a change of support from the public.

As of this writing, reporter Joseph Morong’s news tweet has 15.9K retweets and 35.5K likes.

Veteran singer Leah Navarro also shared that someone asked her who would lead if Pres. Duterte resigns. She replied VP Leni and noted that it would be better if she leads soon.

LOL someone asked who daw will take over if Duterte resigns. Siyempre, the Vice President, none other than @VPPilipinas – the sooner, the better for our country. Kaya, please make #PaalamDuterte, please!

Malacañang, on the other hand, was unfazed by the President’s speech stating that Pres. Duterte has no plan of resigning from his post.

During his term, Pres. Duterte has announced on multiple occasions that he would resign from his presidency for various reasons, such as failure to eradicate the drug problem in the country and alleged corruption issues in the government.

In August 2018, Pres. Duterte also announced that he wanted to leave his presidency due to alleged graft and corruption.

He reiterated his announcement in a speech in October 2018, noting that the Philippine National Police commanders and Major service commanders disagreed with his resignation.