DUBAI, UAE, October 2020—ABS-CBN and TFC will be screening for the first time in United Arab Emirates (UAE) the film, “Quezon’s Game,” which tells how a leader’s act of kindness and step towards equality saved lives.

The film, which will be screening in UAE starting November 12, had a successful run in the U.S. and Asia and Pacific, and a unique film in concert premiere and screening in Europe early this year. 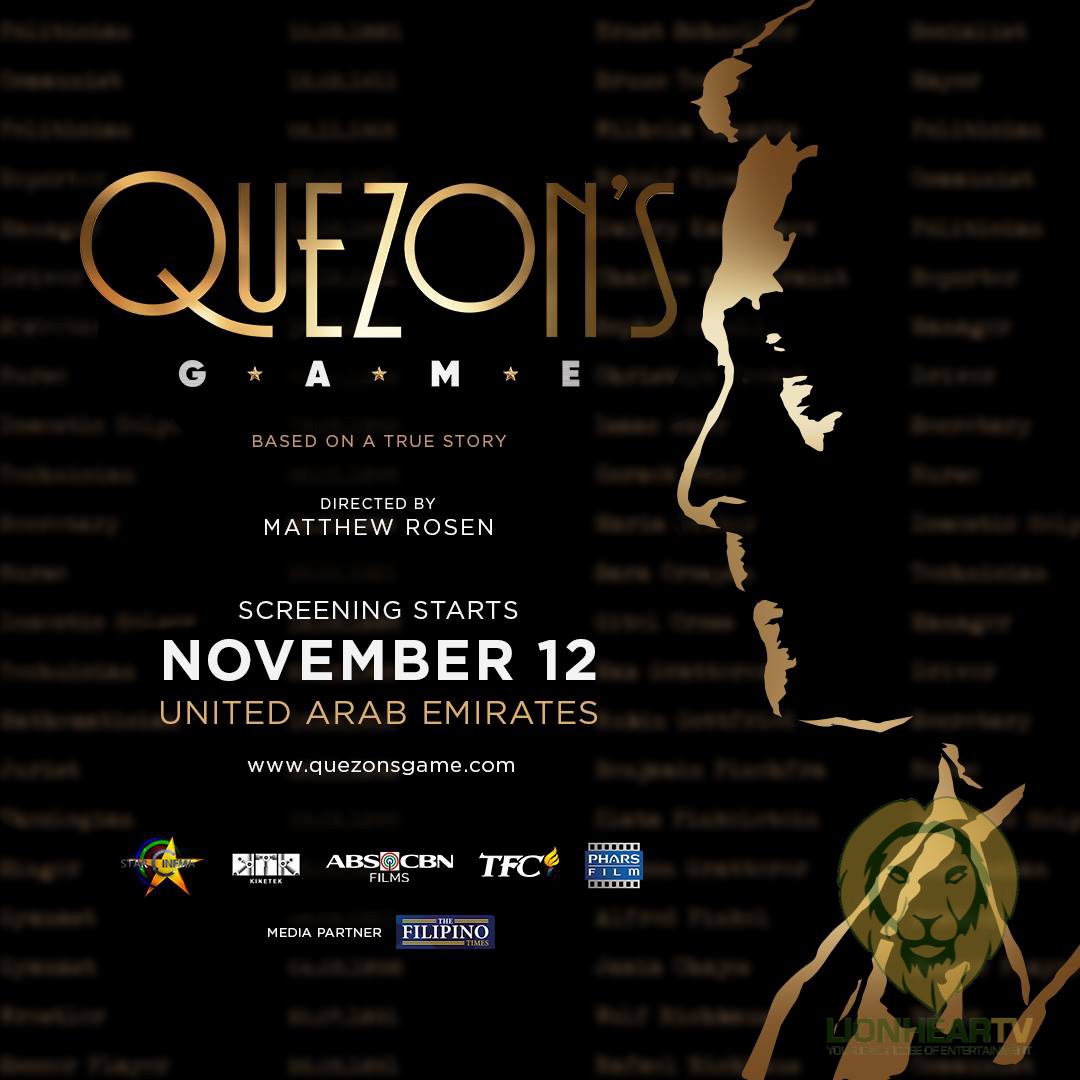 This is just in time after UAE and Israel signed a Peace Treaty, where both countries are “desiring to establish peace, diplomatic and friendly relations, co-operation and full normalization of ties between them and their peoples,” among others as stated in the treaty.

“Quezon’s Game” tells the story of how Philippine President Manuel Quezon, future U.S. President Dwight Eisenhower, and several other notable figures set out to rescue Jewish refugees from the ghettos of Germany and Austria. What seems within their power at first, turns out to be fraught with astronomical obstacles and on top of this, Quezon must battle a relapse of tuberculosis. In his final days, Quezon asks if he could have done more, before recollecting one of the least known, but most uplifting stories in Philippine history.

“We hope that through this film, the world could appreciate and celebrate the contribution of the Philippines and its people to the humanity during the dark times in the 1930s. We believe this represents the selflessness and unwavering courage of the Filipinos,” said Joseph Arnie Garcia, Managing Director of ABS-CBN in Europe, Middle East and Africa.

It is directed by Matthew Rosen, written by Janice Y. Perez and Dean Rosen which was based on the original story of Matthew Rosen and Lorena H. Rosen, under the Supervising Producer Marizel S. Martinez and Creative Producers Enrico C. Santos and John Paul E. Abellera. The film’s Executive Producers were Carlo L. Katigbak, Olivia M. Lamasan, Linggit Tan-Marasigan, and Lorena H. Rosen.

Aside from its moving story, the film boasts the numerous international awards it won:

“Quezon’s Game” is the first Filipino-produced film to be screened in the UAE cinemas as it resumed operations last August after months of lockdown due to the Covid-19 pandemic. This is along with the cinemas’ compliance to the safety guidelines set by the government such as operating in a limited capacity, maintaining physical distancing inside the cinema, and contactless transactions.

For more information about the film, you may visit quezonsgame.com. While for the cinema list, visit emea.kapamilya.com or visit and like facebook.com/TFCMiddleEast.