There’s no stopping award-winning host and sports anchor Dyan Castillejo in advocating for sports and healthy living in the middle of the COVID-19 crisis through her digital show “Sports & U with Dyan: Kasali Ka Rito” on Facebook. 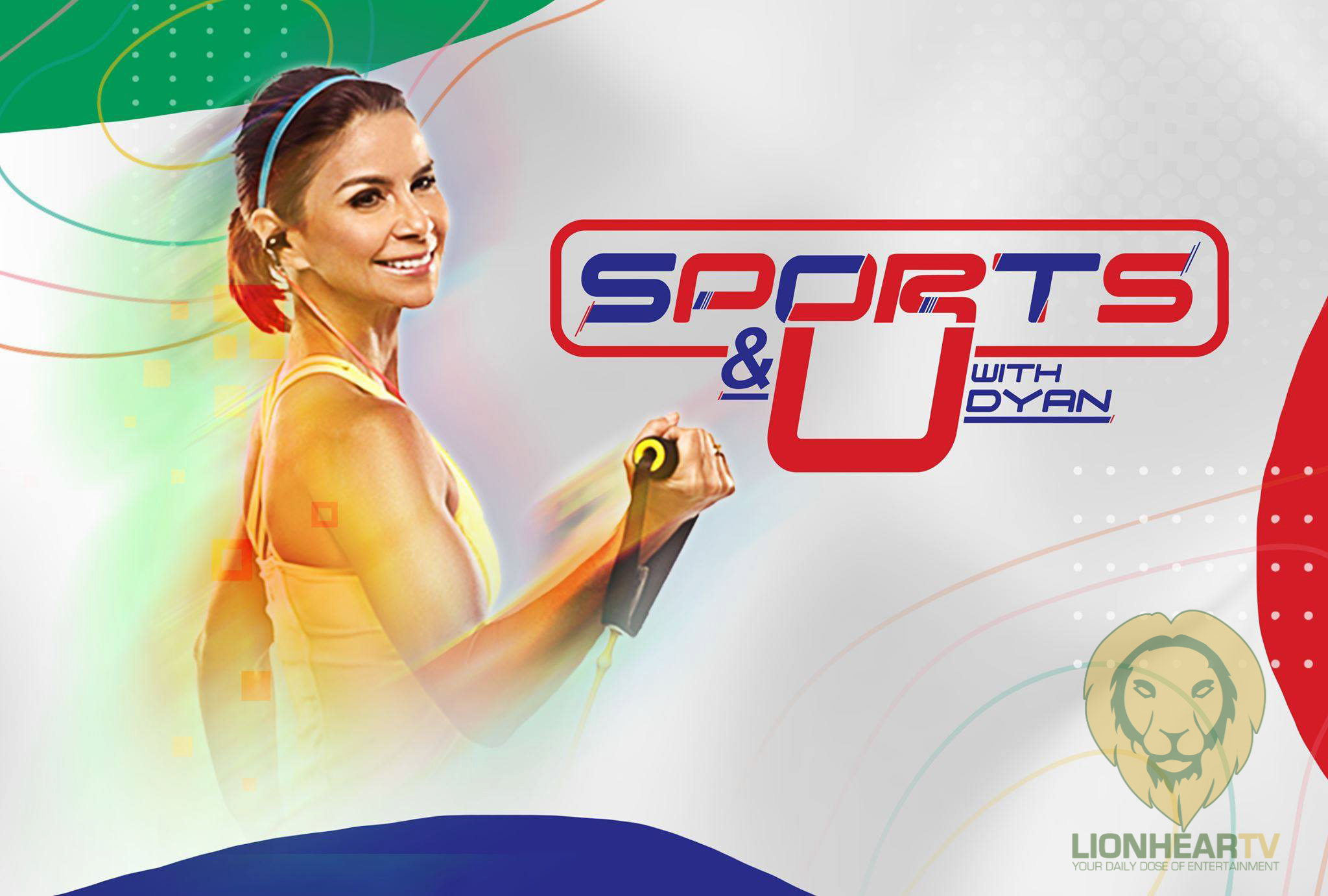 Dyan, who hosted “Sports Unlimited” and its iteration, “Sports U: Ikaw Ang Panalo,” for 25 years on television, continues in her mission to inspire Filipinos by showcasing the stories of the country’s premier and rising athletes and the fitness journey of celebrities.

Dyan, who hosted “Sports Unlimited” and its iteration, “Sports U: Ikaw Ang Panalo,” for 25 years on television, continues in her mission to inspire Filipinos by showcasing the stories of the country’s premier and rising athletes and the fitness journey of celebrities.

“Everywhere I went people were asking me, ‘Dyan, where’s your show na?’ so I took it as a sign that people still want to know more about our athletes,” she said.

“Sports & U with Dyan” will continue to explore the lives of Filipino athletes beyond sports as she feels that the long-running show has been ‘very helpful’ to aspiring athletes.

“I feel like ABS-CBN S+A and ‘Sports U’ really contributed in making sports known in the country. It has inspired young people to pursue sports careers, gave insights as to how athletes are doing, and how they got to the top. It’s really very helpful. I hope I’ll still be able to do that with ‘Sports & U with Dyan: Kasali Ka Rito.’

The veteran host also features celebrities in the show, like the country’s bet in the 2016 Miss Universe pageant, Maxine Medina, who spilled her fitness secrets during this pandemic in “Dyanfit.” Viewers who follow Dyan’s stories on “TV Patrol” can catch the preliminary and coronation nights via KTX.ph.

She also featured rising junior tennis player, Alex Eala, who chatted with Dyan about what’s it like to live her teenage dream after securing the number two spot in the girls’ category of the ITF World Juniors Rankings, as well as volleyball superstar Jaja Santiago, who shared about her life as a returning volleyball import in Japan’s V. League.

Meanwhile, the pilot episode also gave viewers a glimpse of the preparations of Filipino Olympians Caloy Yulo, EJ Obiena, and Irish Magno. She also sat down via Zoom with “The Beast” Calvin Abueva who took the time to reveal the best lessons he learned from his recent setbacks. On Thursday, it’s the turn of hardcourt heartthrob Ricci Rivero to be on the spotlight as Dyan catches up with the star player of the UP Fighting Maroons. 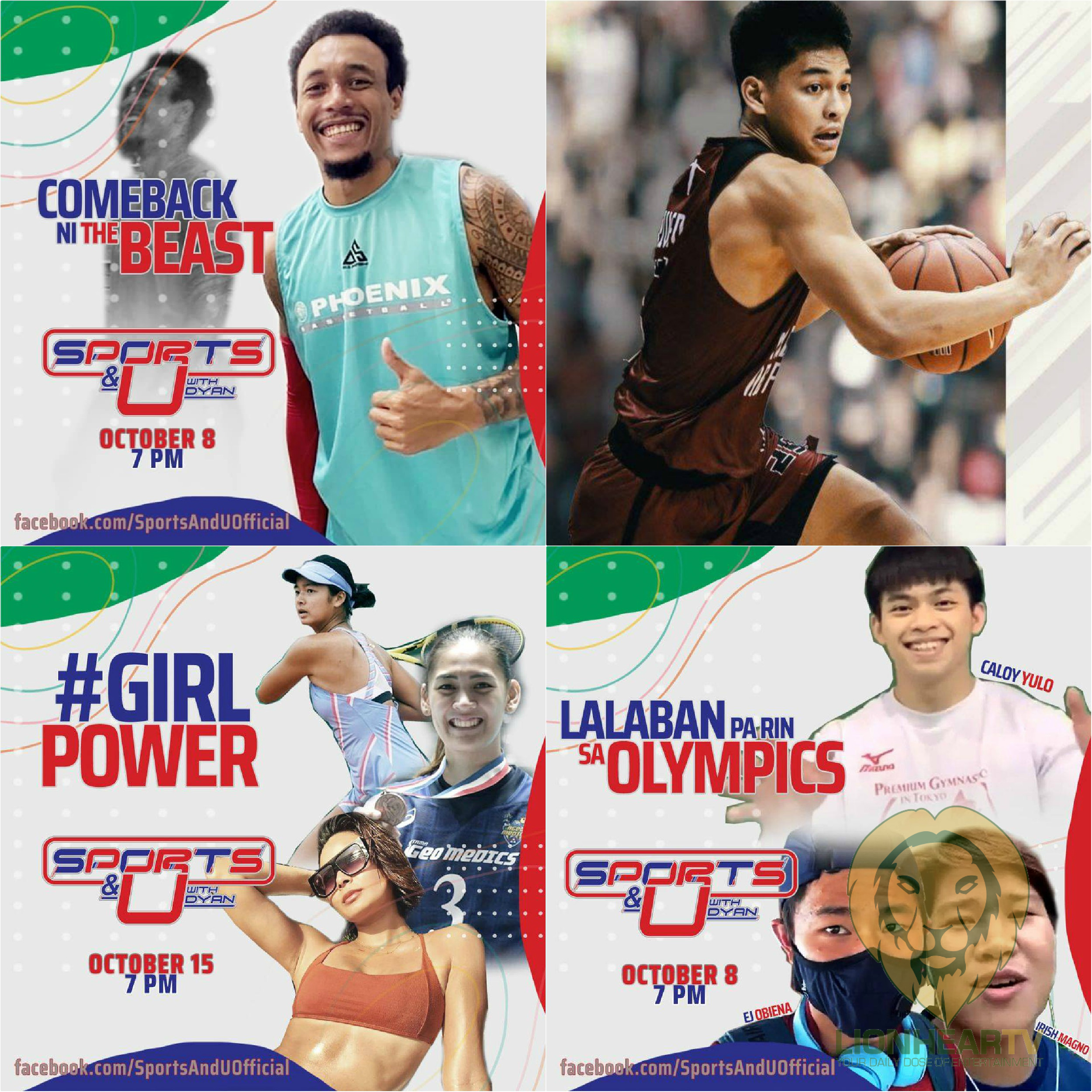 Besides full episodes, the page also has short video interviews with top athletes and celebrities like former Ateneo star Thirdy Ravena, who is currently in Japan for his professional basketball debut in the B. League. There’s also “Beyond the Court” that focuses on the lifestyle of athletes, “Adrenaline,” a feature on the biggest sports events in the country with interviews of top performers,” and “Next Gen Champions,” which aims to feature budding Filipino stars from around the world. Viewers are encouraged to send stories from their local sports scene to put the spotlight on future champions.

Viewers can also catch great stories from Ricci Rivero, Beau Belga, Thirdy Ravena, and fitness tips from Sarah Lahbati in the next episodes.

Even with the threat of COVID-19, Dyan remains hopeful that the country’s sports scene will slowly reopen and get back on its feet just like how “Sports & U with Dyan: Kasali Ka Rito” continues to serve every Filipino sports fan during a pandemic.

Stay motivated and inspired with stories from your favorite athletes by watching “Sports & U with Dyan: Kasali Ka Rito” on Facebook. New episodes drop every Thursday at 7 pm. Follow its Facebook page (@SportsAndUofficial) to get updates and to watch all episodes for free.