It seems GMA Network is packed with back to back projects that they’re preparing to share with their loyal Kapuso fans. 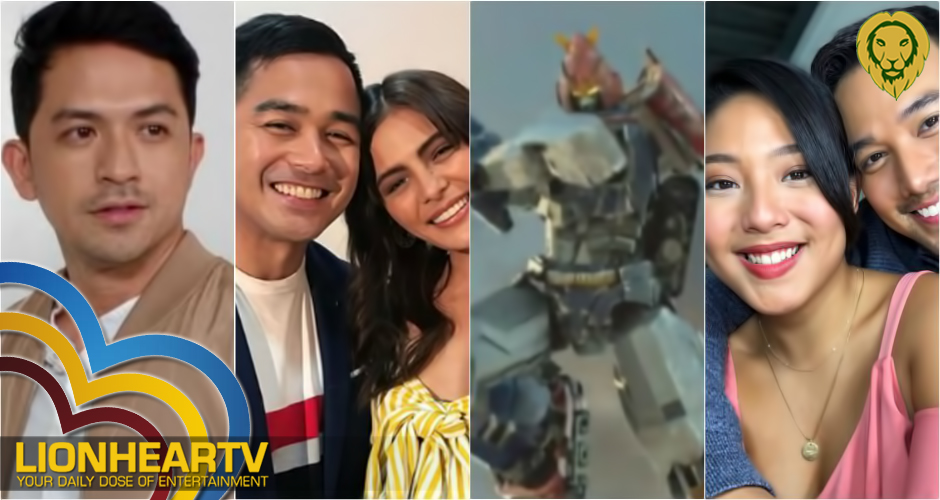 First is the cultural drama series Legal Wives which has started its first look test. This is considered one of the biggest projects of GMA Entertainment Group.

Legal Wives will star Dennis Trillo who will be paired with Alice Dixson, Andrea Torres, and Bianca Umali.

This unique series will revolve around the character of Ishmael played by Dennis, a Muslim man from the Maranaw race who will love and marry three women: Amirah played by Alice, Diane played by Andrea, and Farrah, the youngest played by Bianca.

Also another series that fans will be excited to look forward to is Ang Dalawang Ikaw that will star Rita Daniela and Ken Chan, the #RitKen love team, who successfully had two series the My Special Tatay and One of the Baes.

This will be another series that will tackle a mental health theme. Ken admitted that despite having previously played a mentally challenged character, this upcoming project very challenging.

On the other hand, leading lady Rita is very excited to have this mature kind of role.

Rita will play Mia, the wife of Ken’s character but due to her husband’s split personality, Mia will have a rival in the husband who will be played by Kapuso actress Anna Vicente.

Sanya Lopez will now be the ‘First Yaya’ together with Gabby Concepcion after Marian Rivera Let go of the project because of the pandemic and lock-in taping.

Just a month ago, ‘Voltes V’ director Mark Reyes shared a sneak peek of a character’s costume that will be featured in the live-action adaptation of the network.

Mikee Quintos will now have her first debut series with Kelvin Miranda with The Lost Recipe. The director of the show, Monti Parungao, shared that the story will revolve around the love story of two great cooks.

As a preparation for the upcoming series, the stars even started their kitchen training with Chef Anton Amoncio to be able to play their character in the series.

On Instagram, Gabbi proudly announced their first ever teleserye together with a mock poster.

“In accordance, however, with the government’s declaration of a community quarantine in Metro Manila and as part of the measures that the Network is doing to ensure the safety and well-being of its talents, production teams, employees, their families as well as the general public.”

“GMA will be temporarily suspending the production of Network-produced entertainment programs. The Network has also advised its blocktimers and co-producers to comply with the community quarantine guidelines. GMA will continue to air fresh, pre-taped episodes of some shows and thereafter, a new programming line-up is in store for all Kapuso viewers in the coming days.”