November 2020 – Singapore – Today, Will Joseph Cook shares his long-awaited second album ‘Something To Feel Good About’ via Bad Hotel. The follow up to Will’s critically-acclaimed 2017 debut ‘Sweet Dreamer’ features viral smash “Be Around Me” (the song found huge success on TikTok and Shazam, and entered Spotify Viral Charts in Philippines, Indonesia, Malaysia, Singapore and Thailand), alongside singles “DOWNDOWNDOWN!”, “Driverless Cars” and the album’s self titled track.

“This album is about my life over the past couple years, and all the ups and downs it had to offer. People have really connected with ‘Be Around Me’, which means a lot. For me that song is so defiantly joyous. It was written about the excitement of falling for someone, stepping into the unknown and being vulnerable. I wrote it in January and it was such an antidote to the winter blues,” Will says.

With the freedom of releasing via his own label Bad Hotel, Will decided to drop the first half of the record at the end of the summer for fans to enjoy early. To celebrate the album’s release, Will shares “Boundary Street”, one of the tracks that complements the more melancholic and reflective tone of Side B of the record.

‘Something To Feel Good About’ is the gloriously off-kilter indie-pop follow-up to Will’s 2017’s critically-acclaimed debut ‘Sweet Dreamer’. While ‘Sweet Dreamer’ was the soundtrack to a fairly carefree teenage life, album two, written and recorded in LA after a difficult few months, charts the life of a young adult trying to figure it all out.

“One of the themes of the record is living an optimistic and loving lifestyle in the shadow of either something big and existential that everyone’s feeling, or just personal worries you’re struggling with,” he explains. “Releasing it in two halves really played into that idea. The first half is full of these joyous yet nervous tracks and the second has more sombre yet hopeful songs. A bit of a day and night feel to it.”

In many ways, a sense of searching for answers forms the heart of ‘Something To Feel Good About’, in a way that continues Will’s passion for idiosyncratic pop melodies but underscores it all with real heart. Despite its joyous exteriors, every song on this album is underscored with melancholic gratitude, highlighting just how fragile good times can be.

“I can communicate with music better than I did before,” Will says. “I knew what sounded good, and what I liked to do melodically, but then in terms of something with an emotional connection, that happened more on this album. Releasing through my own label Bad Hotel has also been really exciting, it’s definitely opened a lot of doors to more creativity and self-expression. I wanted to write something really direct and unfiltered, those are the kind of songs that are important to me. Ones that speak on raw experiences with honesty and humour, lyrics that make people feel less alone. I really hope this album finds other people that feel the same way I do!” 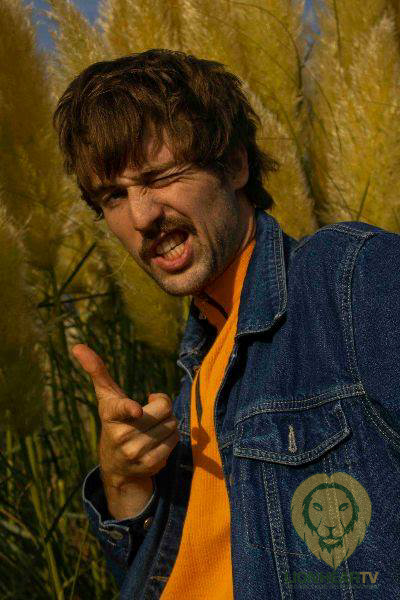 Will Joseph Cook is one of the UK’s brightest young talents. Still just 23 years old, Cook has been developing his uniquely multi-dimensional songwriting since he was just 14. After signing his first record deal aged 17, his debut album ‘Sweet Dreamer’ arrived to great acclaim in 2017 and a follow-up EP ‘If You Want To Make Money’ arrived barely six months later. Following a hectic few years, he took some time off and went travelling, before settling back down to write the batch of songs that form his second album. He dropped two new songs, “The Dragon” and “Hey Brother”, last year alongside a string of intimate live shows, including a sold-out London Omeara performance.

‘Something To Feel Good About’ Tracklisting

‘Something To Feel Good About’ is now available to stream here:
WJC.lnk.to/STFGAalbumPR