Filipinos nationwide can now enjoy on-demand streaming of the latest episodes of currently airing ABS-CBN entertainment shows within seven days after they are shown on Kapamilya Online Live on ABS-CBN Entertainment’s YouTube channel and Facebook page. 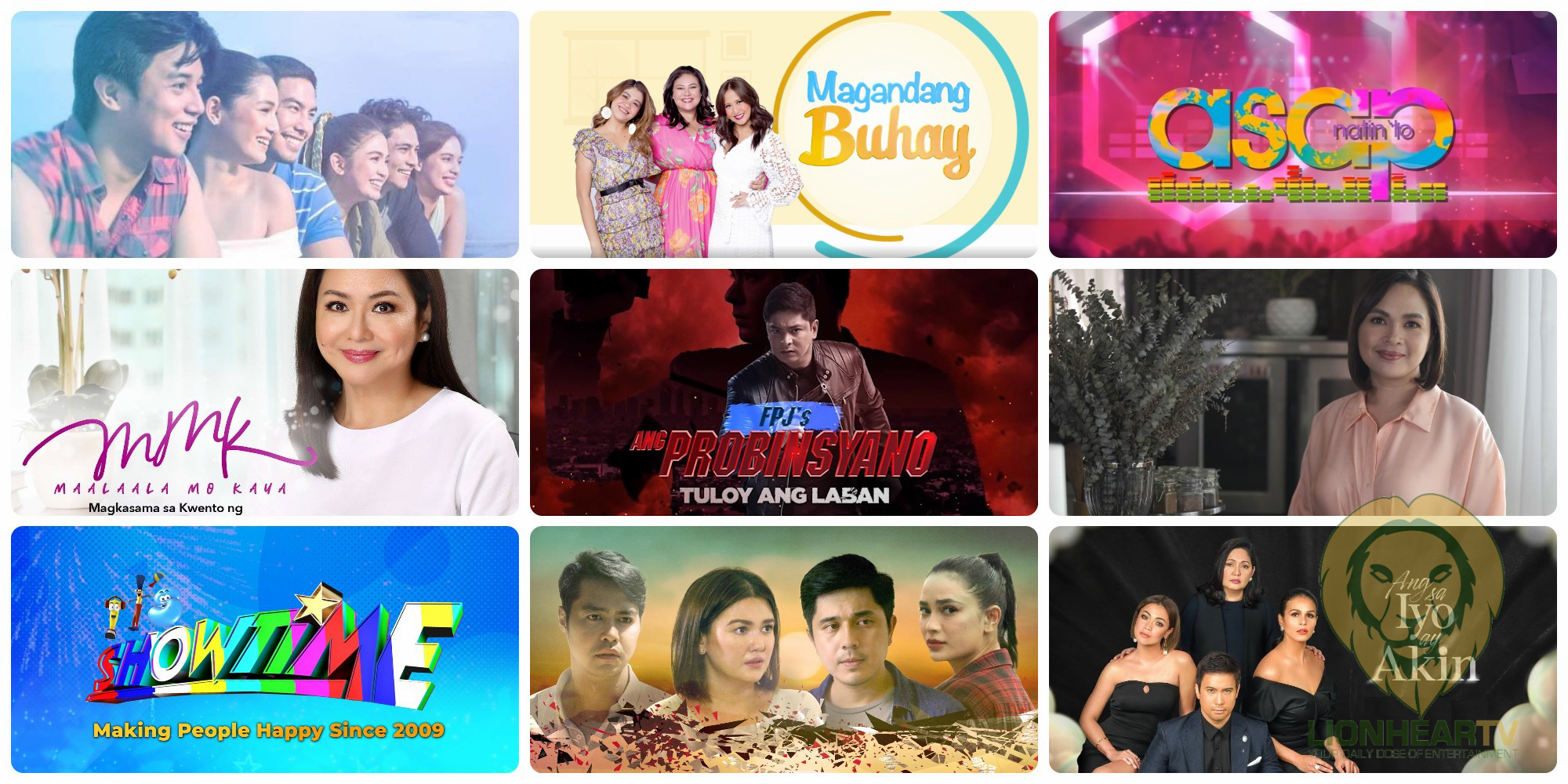 Also providing entertainment and lessons to viewers are weekly talk shows such as “Real Talk: The Heart of the Matter” hosted by Dyan Castillejo, Mikee Cojuangco-Jaworski, and pastor Monique Lopez-Ong, “Lucky’ng Tulong” by Luis Manzano, and “Showbiz Pa More” by DJ Jhai Ho on YouTube.

On YouTube, Kapamilya Online Live streams continuously throughout the day from morning until nighttime. On Facebook, meanwhile, viewers can catch their favorite shows on regular timeslots with scheduled breaks between timeblocks.

Apart from the free daily livestreaming of shows, Kapamilya Online Live also allows viewers to interact with one another in the live chat section and engage with the stars in gap shows that stream during commercial breaks, such as “Showtime Online U” for “It’s Showtime,” “Ka-Familiar Online Live” for “Your Face Sounds Familiar,” “Unscripted” for “Ang Sa Iyo Ay Akin,” “The Breaking Dawn” for “Bagong Umaga,” and “IbaYanihan” for “Iba ‘Yan.”

Those who would like to watch complete episodes of various ABS-CBN shows may register for the iWantTFC streaming service and download its app (iOs and Android) or visit iwanttfc.com.

Catch the livestream of your favorite Kapamilya shows, old and new, on Kapamilya Online Live and subscribe to ABS-CBN Entertainment’s YouTube channel (youtube.com/abscbnentertainment) and like its Facebook page (fb.com/ABSCBNnetwork). To see the complete programming schedule, visit kapamilyaonlinelive.com.