Premise: Celebrities take part in a transformation challenge where they try to impersonate industry icons in both singing and looks

A new face may be serving as the show’s presenter, but the excitement and awe remain the same—if not improved—in ‘Your Face Sounds Familiar.’ 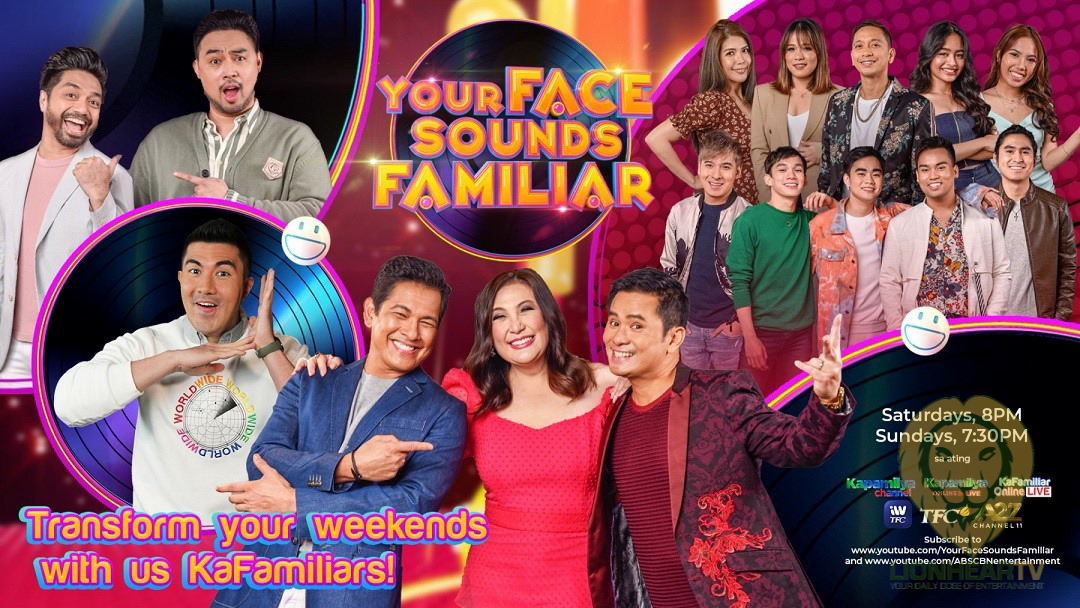 Now on its third regular season (fifth to include two ‘Kids’ seasons), the singing and impersonation talent reality show is amped up with fresh and interesting mix of talents, promising a new verve and more creative ways to pull-off stellar transformations.

The task to transform into their designated artist may be harder now, given that contestants are still not allowed to bring big glam teams—who are supposed to help the celebrity contestants get the desired look. During the first and second episodes, performances are saving the artists from their mostly troubled prosthetics.

The celebrity contestants may have tried their best, but some have arguably stood out, including Jhong Hilario’s Apl de Ap impressive transformation and performance, which makes his winning the week unquestionable. Vivoree’s impersonation of the Popstar Royalty, Sarah Geronimo, didn’t earn the nods of the judging panel, whose three members—Valenciano, Cuneta, and Alcasid—unanimously listed the PBB alumna’s performance the least impressive among the 8 participants. On Youtube, however, viewers’ disagree with the jury’s verdict as Esclito tops the Youtube trends, with her performance video garnering 600,000+ (and counting) views 24 hours since it was uploaded

On Saturday, iDolls, Esclito, Hilario, and de Guzman, put up a good show as they imitate Hagibis, Sarah Geronimo, Apl. De Ap, and Beyonce Knowles, respectively. The Idol Philippines trio, iDolls—comprised of Matty Juniosa, Lucas Garcia, and Enzo Almario—thrilled the viewers with their vocals as they transformed into the OPM icons, Hagibis, pulling off the group’s massive masculine anthem, ‘Katawan’. De Guzman, on the other hand, did better during the burlesque riff challenge, but her competition performance as Christina Aguilera, still made her the fourth top-scored act. The iDolls, however, didn’t quite win the judges, who decided the group are just one point better than Esclito.

Serving as members of the jury are OPM icons, Gary Valenciano, Sharon Cuneta, and Ogie Alcasid. Cuneta still fills the room with her contagious laughter. For this season, hopes are up for this panel to be a bit more critical about the performance, as the past seasons proved their hesitation to be brutally honest, when it comes to giving their assessments to “messy” performances.

Luis Manzano, on the other hand, can’t be more than perfect as a replacement for Billy Crawford, who departed from the show to explore opportunities—or bigger pay—in TV5. Now hailed as the “Pambansang Host”, Luis Manzano brings his infectious quirk and adds vibrancy to the now live-audience-less set.

Occupying the same slot, the most recent edition of the mystery music show, I Can See Your Voice (also hosted by Manzano) took, Your Face Sounds Familiar provides one of the few delights on local television during this pandemic, and at a time when new shows that can both make us laugh and get blown away by outstanding performances, are scarce, the arrival of Your Face’s new season is definitely an overwhelming relief.