Premise: Former DEA Agent Alex Walker, forced into retirement and moved to an island in Cebu, Philippines. He purchased the hotel gift shop, hoping to manage his stress and high blood pressure. He is drawn back into serving the law enforcement because of the wealthy and criminal elements on the island. (Electric Entertainment)

Almost Paradise’s majestic Cebu backdrop and ensemble of Filipino actors may be more than enough to pick the viewers’ attention. The film is a rich crime drama with an exciting and breathtaking narrative that made it a tropical action extravaganza. 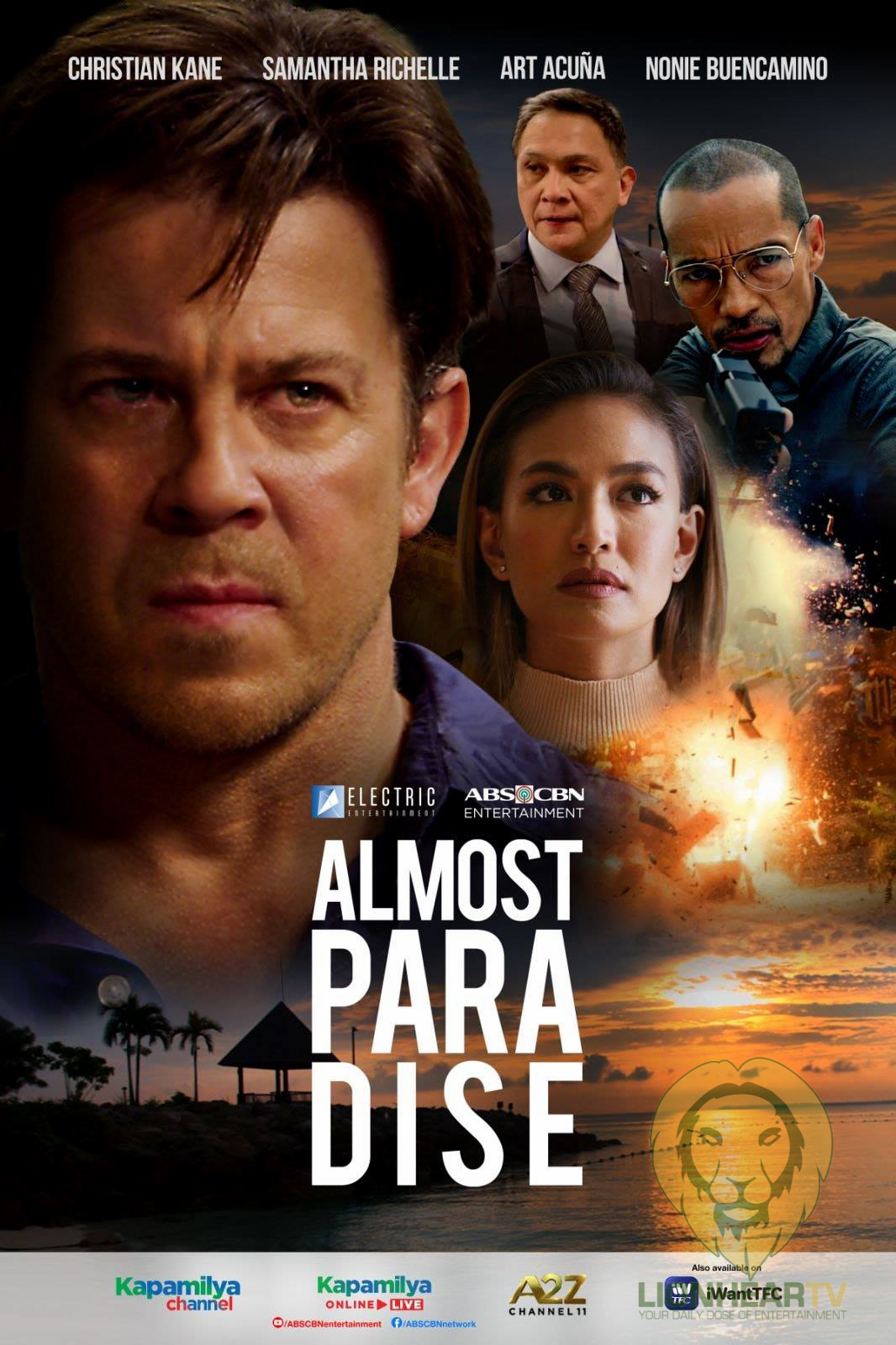 The film is dubbed in Tagalog, even if most of its actors are Filipinos, who happened to be speaking English in an American-produced show. It is the biggest letdown, perhaps.

Born out of the landmark collaboration between ABS-CBN Entertainment and the American production company–Electric Entertainment, the film marks the first time an American or English-language, entirely shot in the Philippines. Aired in the US over WGN America last year, the crime drama series finally makes its local debut, on A2Z Channel 11 and Kapamilya Channel, on March 21.

After an operation in Barcelona, the retired DEA Agent Alex Walker (Christian Kane) headed to Cebu, Philippines. It became his forced retirement. He hoped to find ease as he tried to manage his stress and blood pressure.

The breathtaking sceneries of Cebu immediately thrown into attention in its pilot episode. The series has sweeping visuals of Cebu’s mesmerizing beaches. It served as a majestic contrast to an unfolding crime in the story. Walker has only one reason for coming back to the island, to find his solace in a gift shop he purchased, But as if his life and law enforcement are intertwined, the unfolding crimes—which his keen eyes cannot miss—scream to get his attention. His arrival leaked into the local police department on the island. It caught the attention of local drug lords.

Determined to stay away from the scene, Walker went back to his shop to fix it and begin anew when one of those intimidated local lawbreakers found him and garroted him against his shop’s newly-painted door. He knew he could no longer refuse the call. One day he crossed paths with the local police while doing a disguised operation. Mistaking Detective Kai Mendoza (Samantha Richelle) and Ernesto Alamares (Art Acuña) for regular locals, Walker endangered the mission. His involvement in the case got him inevitably attached to the Cebu Police Department, headed by the pushy chief, Ike Ocampo (Nonie Buencamino).

Walker made his magic work by finding the operator of the local drug market on the island. Reluctant to overstep Mendoza’s jurisdiction–he got pressured by a former co-worker, pulled him back to the case.

For an American TV series, there is not much to see in Almost Paradise. Since the police procedural is common in American format–it is adapted in the film. Thus, the crafted events made to run the same way here. For local audiences, however, it is sensational. No other series ever graced the small screen that has huge Filipino cast members. It is shot entirely in the Philippines. And as most foreign productions in the country, giving the special spotlight to the scenic landscapes is a must-do.

It helped that the show picked some of the most vibrant beaches in Cebu and parts of it, where extreme poverty linger.

The show’s rich narrative is poised to give meaty details to both Mendoza and Walker’s troubled pasts. It should be enough to keep the viewers glued on their TV screens for the succeeding episodes.