Arabella del Rosario described how Jimuel Pacquiao, the son of the boxing champion and senator Manny Pacquiao, as a partner. 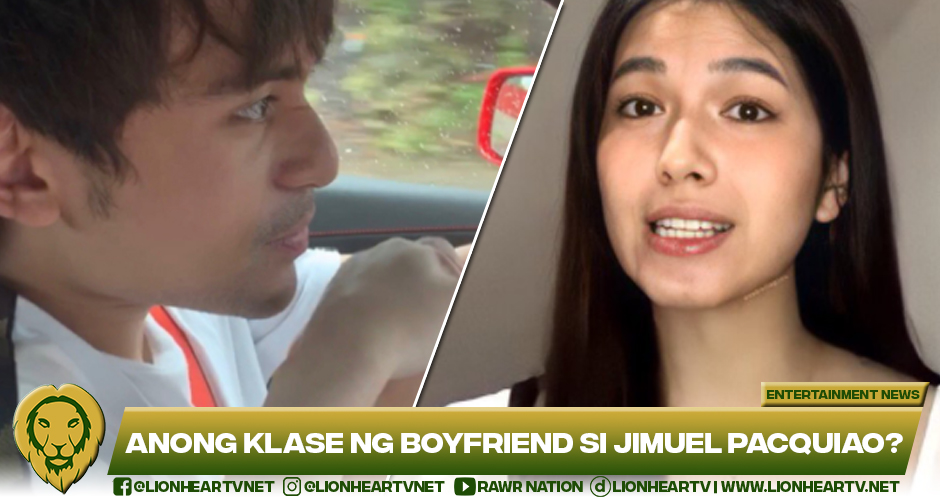 Del Rosario is a part of the Star Magic circle batch that was launched in 2019. She has appeared in the Kapamilya series, Wild Little Love. Jimuel is also a showbiz newcomer who is under Star Magic’s management.

In an interview with ABS-CBN’s Push, Del Rosario explained that Jimuel remains humble despite having a wealthy background.

She explained that Jimuel seemed like a normal individual aside from the fact that some people would ask for pictures with him. But she said that the boxing legend’s son doesn’t think of this as a big deal.

“Wala akong masabi talaga, promise po. He does not think of it at all. Para lang siyang normal na individual. Of course, meron pong mga nagpapa-picture, and autograph, pero he doesn’t mind naman po and I don’t mind as well. It’s okay, I understand po, it’s not really a big deal,” she said.

To recall, the couple first sparked dating rumors after they posted each other’s pictures on their Twitter accounts.

Arabella del Rosario was recently announced as the new brand ambassador of the beauty brand Orabella Philipines. The brand is known for its affordable and quality skincare line.

Marketing Manager of Orabella Direct Selling Inc., Anne Acuña said, “As an up-and-coming brand, we wanted an endorser who is passionate and promising. We see that in Arabella, and we warmly welcome her into the Orabella family.”