April 2021 – Singapore – Nashville’s Free Throw have just announced their new album ‘Piecing It Together’, out June 25th via Triple Crown Records. The new album was recorded with producer Will Yip (Bartees Strange, The Menzingers, Tigers Jaw) and, to celebrate, they have released the music video for the album’s lead single “Cloud Sick”. 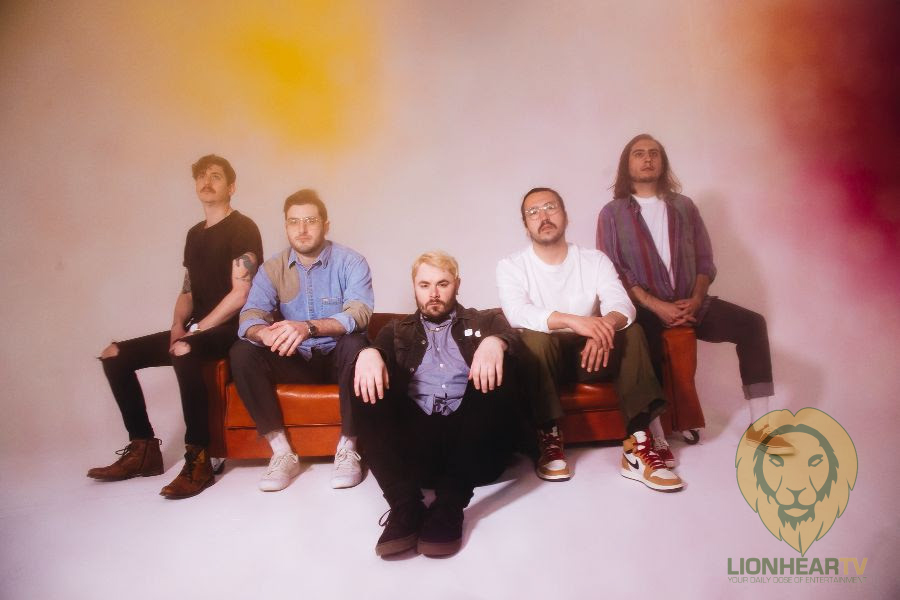 The video serves as a love letter to their home-town Nashville, highlighting some of their favourite local dive bars and rock venues off the well worn Country/Americana path the city is generally known for. The band hop in the van and chase down a mystery video thief demanding the new album as ransom as they follow clues that see them stopping by the town’s punk rock haunts and local landmarks.

“‘Cloud Sick’ is a song about trying to make sure the person you are with is happy. Sometimes situations make the strain of a relationship even harder. The song really touches on personal insecurities and worries that your significant other may give up on the relationship,” says band member Cory Castro about the track.

Like other performing artists over the past year, Free Throw found themselves off the road for an extended period of time. As unsettling as the shift was, it allowed them to slow down, and among other revelations, reconnect with their home town. “We had an opportunity to enjoy the spaces we’ve created for ourselves here in Nashville, and lean into some of our other interests outside the band–something we rarely have time for,” relates drummer Kevin Garcia. As such, part of promoting their new album (the new music video included) will be about highlighting what they love about the city and surrounding area. A town with an incredible indie and punk music scene, dive bars, art studios and other curiosities often obscured by the outsized shadow of Music Row and the downtown honkey tonks.

With ‘Piecing It Together’, their fourth full-length album, Free Throw also documents their growth as individuals grappling with the hard truths, that with age, become harder to ignore or cover up with an endless string of late nights out drinking with friends. After a decade of hard work, including countless performances worldwide, the members — Cory Castro, Lawrence Warner, Justin Castro, Jake Hughes, and Kevin Garcia — have a fresh perspective on life. The band is through obsessing over what comes next and romanticising the moments that have already passed. Instead, with some time they didn’t know they needed away from gas station snacks and “free” drink tickets, Free Throw is making music about the present, and how seeking balance in our lives is far more meaningful work than the endless pursuit of whatever we deem to be ‘enough.’

“In normal times, it’s very hard for a band like us to feel as if we have the freedom to take time off,” Garcia explains. “We’d go home to write and record, then we go on tour. Rinse and repeat.” In a way, writing and recording an album in 2020 was comparable to being a band in a control group in a scientific study. What road would they take with all of the usual outside influences held at bay? “When we got into this writing process, we stopped feeling like we existed in a mold or on a path that we were supposed to keep going on with our contemporaries,” relates Garcia. “We stopped worrying about what tour we may be fighting for next or what some other band was doing. We were just in a vacuum, writing songs for our own enjoyment.”

Throughout the album’s twelve tracks, ‘Piecing It Together’ finds Free Throw abandoning childhood notions of success and happiness through a thorough exploration of personal fulfilment. It’s about reaching the heights that once felt impossible and everything that comes after. How no matter what we do or where we go, we must continue to wake up and find the strength to keep on keeping on despite everything we tell ourselves about ourselves.

‘Piecing It Together’ is an exploration of self-acceptance, and Free Throw invites everyone to join.